Partner’s Error is Your Mistake.

So, you want to see brilliancies? Then, do not look at most stories about bridge hands. Occasionally, a good lead or play or defence, a thoughtful bid, perhaps. For the main, it is a story of avoiding errors…and one of the most common defensive errors is the failure to take four top tricks against 4 of a major.

On the following board, from the recent South Island Teams, it was not a case of taking the four tricks quickly. The defence had the opportunity to take them after losing the lead too. The danger was unforeseen because it was in the declarer’s hand, mainly, hidden from view.

“Blame” is a cruel word. However, we asked our Panel who was at fault for the failure of the defence to take their tricks…and the answer was by no means one-sided:

Four tricks for the defence to take, maybe more but they only managed three,

A winning and North discouraging diamonds. Declarer led a heart to the king and ace. South played

K for count and North showed an even number with

Q scoring and a second club. Curtains! Diamonds were unravelled and West’s three remaining spades disappeared on three rounds of diamonds once trumps had been drawn. Contract making.

Which defender’s action was most to blame?

South’s choice of opening lead comes under scrutiny, but only one Panelist blames it for the disaster:

Michael Cornell “The lead was the main problem. Either black suit is logical though

A gives a chance to switch if it seems wrong. I like doubleton leads but not here when we have so much other defence- are we trying to get a ruff to beat it 3?”

Nigel Kearney “The diamond lead is a strange choice. There was time to try both black suits if South started with one of them on the opening lead. So, South has to take some blame.”

Peter Newell “ I can’t understand and can see no reason to lead a diamond.

Q seems obvious and the

A is perfectly reasonable.”

Q or a heart would be my choices. East is a favourite to have diamonds on this auction. Why pick up the suit for him?”

Matt Brown “I think South's opening lead is particularly poor. I don't have a very strong opinion between a club and spade lead.”

On a different day, that opening lead would be central to the defensive failure. However, nothing bad was going to happen after that diamond lead. So, there was still time to recover.

With one black suit headed by the ace king and the other, a perfectly safe QJT, starting out with the unbid, unknown and as Stephen points out, the suit likely held by declarer, seems a very strange choice. West had a likely three top tricks. Was East really going to have

KQx when they had bid clubs?

South was lucky the lead did not cost. Yet, as Stephen points out, it did give South some valuable information they chose to ignore:

K, why not play dummy’s jack? North has the same information and should have been giving count, not attitude. (what was his card? We are not told). Strange that East did not try to discard a club from dummy on the diamonds – clearly, he has long diamonds and one discard is of no value, a strong inference about the club layout…. So, South has or should have had the information to know the club and diamond layouts. If so, he should have got it right.”

North-South were giving attitude signals in such a situation though a combination of logic and the value of giving count are demonstrated in Stephen’s answer.

Naturally, the initial spade lead is best with North able to get a ruff for down 2 although two rounds of clubs at the start would have left South in no doubt what they would have to do when in with the

Summing up South’s problem when they play

Peter Newell “When North shows an even number of spades on

with 6 clubs and a singleton heart). From South’s point of view, (though if declarer has only 1 spade,it  would make them 1462 but that’s possible) it looks like the defence needs club tricks to defeat the contract if East has a singleton spade.”

Michael Ware “ Unless North gave false count on the

Q, it’s hard to see why South wouldn't cash the

Maybe fearful of it getting ruffed if North had four spades?

However, if North is thinking that the fault lies with their partner, they should think again:

Bruce Anderson “I apportion the blame to North. South must hold

AK and needs to know they will cash. North should play the

J to send the message he/she has

Jx. South would not be playing that card with Jxxx or Jxx. South cannot have 5 spades as they would have opened 1

I do wonder why North has to play

J on the king when they can give count. However, the only defender who knows for sure that there are two spade tricks to cash is North. As strange as the initial diamond lead was, the

K was a very good card telling North exactly who held the ace. So…

Stephen Blackstock “North must give count on the

Q (Why did declarer not cover? Because he wanted a continuation…..)

So, South has or should have had the information to know the club and diamond layouts. If so, he should have got it right.

Q. If he gave count, accurately, South cannot escape some blame. However North could (and perhaps should opposite this South), have taken his

Nigel Kearney “North should overtake the

Q and continue spades. This beats the contract for certain unless East is void in clubs and then probably nothing matters. From South's point of view, North could be 4135 so continuing clubs is understandable.”

Matt Brown “North should clearly discourage the club to let partner know the spade is cashing (i.e. they have 2 spades rather than 4). So, I guess I give close to 50-50 blame. Maybe more to South, since it is quite unlikely in the first place that partner has 4 spades instead of 2. 65-35%?

Agreed, Matt, but the best way for South to ensure one down is to save partner from themselves. Play

Q and before they get over the shock of not being on lead, have the

J on the table. Had South only three clubs, that would cost a trick but the overtake would ensure the game would not make. That seems far more important than an extra 50.

From South’s point of view, East could have an extreme 1471 and that the second spade would not cash. North knew that was not the case and yet left their partner to make the wrong decision. 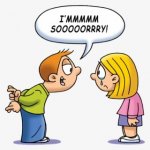 South’s mistake but North’s error. Just check what you could have done next time your partner misdefends. You may well find that, like North above, you could have helped a little, or even a lot!

We have two articles appearing today. So, our Improvers’ question for Thursday is posed in today’s Jan’s Day article.