Twenty years ago, Hawera club stalwarts Alan and Kevin Upson donated an impressive trophy to be presented to the highest net score pair after the three picnic tournaments played at New Plymouth, Wanganui and Hawera.  All three tournaments are scored on handicap. Winners of the competition for 2021 were Jack James (Palmerston North) and Steve Baron (Wanganui).

Covid-19 restrictions torpedoed the ambitious programme planned for the very popular Taranaki Congress in early March. Good initiative was shown by both the New Plymouth and Hastings clubs who each decided to put on a pop-up Swiss Pairs tournament on the same day - March 7th. Each was strongly supported. At New Plymouth 38 pairs turned out and 40 pairs entered at Hastings.

If you win all of your matches you usually win the competition and this was the case at both tournaments. Colin Carryer/Derek Evennett had no problem in winning at New Plymouth while Jack James/George Masters won at Hastings by a slightly larger margin. 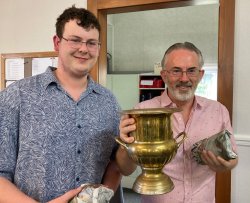 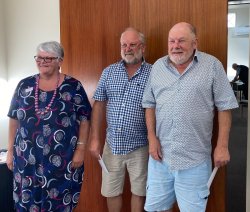 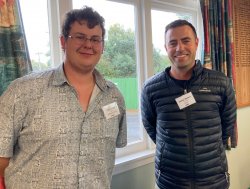 On 24th January The New Plymouth Picnic tournament kicked off the first of the three handicap competitions for the Upson Cup. 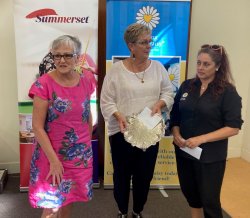 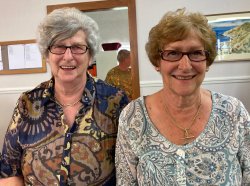 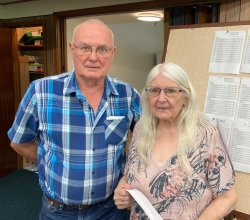 The Wellington pair of Sandy McKirdy and Graham Stronach make frequent forays into the Central Districts tournaments and they were rewarded with a narrow win over Lorraine Stachurski and Steve Baron in the Feilding Open held on February 21st.  Evelyn and Bob Hurley were right there in 3rd place ahead of the Feilding pair of Dale Marie Bain and Janice Coleman. A packed field of 30 pairs entered.
Tops at Feilding 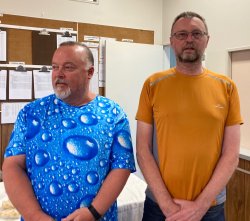 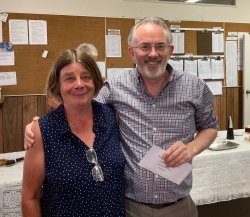 Alan Doddridge is a previous correspondent for Central Districts round-ups (having handed over to me). It was nice to see him make a victory speech when he was back in the limelight at Marton on March 14th and acknowledged the brilliance of his partner, Alister Stuck. (Nice speech, Alan).  2nd were Lorraine Stachurski and Anne Gordon (with a 70% second session) with Wanganui’s Ann Buckley/Denis Price a close 3rd. Hawera’s Mara Robinson and Jill Burroughs continued their good form in the picnic sessions and finished in 4th placing. They won the prize for the first of the mixed grade pairs. The top Junior pair were the cousins Malcolm and Simon Loudon, which was fitting because Simon is the current President of the Marton club.  The Marton club can squeeze in only 16 tables and this year, as always, it was a full house once again. 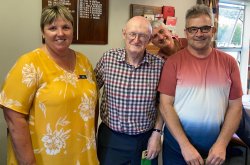 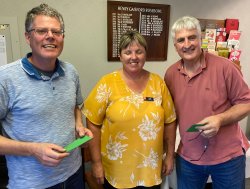 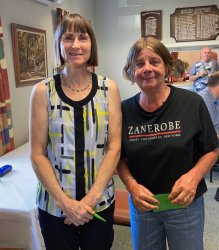 Last Saturday, March 20th, the Lawson Jugs Pairs was played at the Havelock North club. 11 tables were in play. Competition was tough! The first 4 pairs all averaged 58 point something. All could feel very pleased with their effort. Trish Patterson/Julie Hassett had a fraction to spare over Rob Armstrong/Sue Kay who just headed Dennis Apperley/Graham Potter and Julia Gardiner/Alan Currie who tied for 3rd placing.
One Two Three at Havelock North 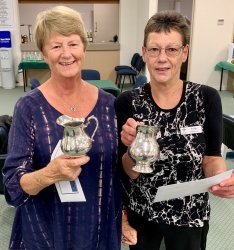 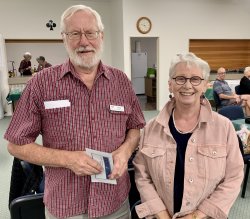 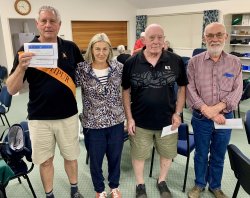 Meanwhile, the Taradale Bridge Club are continuing towards getting their own new clubrooms. They have a confirmed site and floor plan in the Southern Park Island area of Napier agreed with both club members and the Napier City Council.  There are a number of streams of work currently in action including: getting full plans drawn up; quotes of the estimate costs from builders and other materials; Resource Consent application; Fundraising; and Geotech reporting (report has very recently been received).  The club has also received support from at least ten other sporting organisations and clubs that have shown their interest in utilising the facilities making this truly a community hub for the future. Great for the city and great for the bridge club too.