Today’s deal is in memory of NZ Bridge Life Member, John Evitt, who died recently. A potentially tough play hand for many but grand slam bid and made for John.

showed one ace and 5

was a grand slam try, hence confirming that all the aces were present. However, North had not yet shown spade support and thus jumped to grand slam in that suit.

The board was played at Easter 40 years ago.

Over Easter, the New Zealand Open Teams Trials were held in Auckland. This was won by the Auckland team of Lionel Wright, David Matthews, John Evitt and Alex Moore.

The following is a hand taken from these trials with John Evitt, South, as declarer:

South’s 4NT was an ace ask and after the response of one ace, 5

showed grand slam interest. This was actually a grand slam force in clubs but North, who as yet had not had the chance to show his great spade support, correctly jumped to 7

9 and South took stock. If clubs behaved, there did not appear to be any problems making the contract as declarer would have five spade tricks, one heart, three diamonds and four clubs.

John Evitt won the diamond lead with his singleton queen and played two rounds of trumps, everyone following. With West’s double of 5

, John was quite sure that, if needed, the heart finesse would lose. 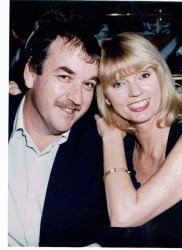 He then tested clubs by playing

AQ from hand to receive the bad news that West also held four clubs. A spade was then played to dummy followed by

AK on which the declarer threw both "smal"l hearts (i.e.

Q2). Then, a heart to the ace to be followed by South’s last two trumps.

This was the position before South played his last trump:

If West throws a club on the

J will be high with declarer throwing dummy’s small club. Either way, South would collect all 13 tricks.”

It is interesting how bidding systems change. Nowadays, North’s reply to 1

may well be a game forcing Jacoby 2NT. The end contract would very likely be the same but there would be no “helpful” double along the way from West. Without that double, a declarer might choose the heart finesse instead of playing for the squeeze.

A Lead for a Day?

Normally, Thursday is the day where the problem is for the less experienced. This week, we will delay that feature 24 hours.

There’s quite a lot of opposition bidding above given that we have and have announced a strong no-trump type hand. We are also near top of the range, too.

even if our partner had not doubled 3NT. However, with that double, our double became a stone- cold certainty! Indeed, a visitor from outer space might have considered that our double came a little too eagerly!

No worries… it’s your lead...and that's never a worry, is it?