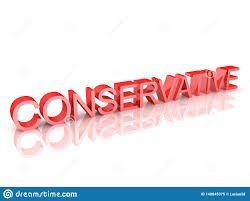 “Pass” in the “Pass Out” seat? For less experienced and others.

Recently, I surveyed a row of +140s for North-South, in 2 hearts making an overtrick almost without exception. East-West were cold to make 3 clubs and there was every chance that 8 tricks was the limit for North-South in hearts. So, why was there no East-West bidding when the bidding went as follows:

The onus was on East in the “pass out” seat to take some action but no-one did. All “passed” the board out.

Not only would the opponents have to bid to 3

to get any kind of score but action by East might have saved a potentially disastrous lead for the defence which most found to allow South to score an overtrick.

So, would our Panel agree that no action was the right action against 2

? The tempering factor was that East-West were vulnerable. I asked our Panel whether they would act in the Pairs and thinking some would what would they do in the Teams environment?

I got one supporter for action but only in Pairs:

Bruce Anderson “2NT: a take-out for the minors, made with trepidation; partner seems to have an opening hand but could not find a bid over 1NT or 2

. We may have a fit for a minor but that is not guaranteed. But it is Pairs and our opponents are probably making 2

. So, let’s try to push them up a level. And perhaps they will forget to double if we are overboard.

I pass at Teams, rather than risk a significant penalty.”

Unduly nervous but for me, a reasonable action. However, the rest of the Panel had their claws out when even the suggestion of bidding was mentioned:

Matt Brown “Pass: Not really sure what the question is. We are not going to be coming in with poor suits, poor points, poor shape...At Teams, pass.”

Pam Livingston “Pass: I don't like putting my head on the chopping block at this vulnerability.” 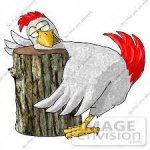 No way is this chick Pam!

Peter Newell “Pass: no difference whether Teams or Pairs.

Two main things put me off bidding. Firstly, where are all the spades? Let’s give South 4 (could have less…) and North 3 as no Stayman (could have less too). That gives partner 4 spades.

My doubleton heart suggests partner is likely to have 3 hearts. So, it looks like partner only has 5-6 cards in the minors which doesn’t make it that appealing.  So, we cannot be confident that we will have an 8- card fit, and we are quite likely to go down 2 vulnerable at times. -200 will be a disaster at Pairs, and occasionally we will get doubled which will be very ugly. The vulnerability puts me off. Non vul I would be more interested."

than he would have against 2

. But when vulnerable, the risk of a bottom is just too great. I would bid if not vul at both Pairs and Teams.”

Michael Cornell “Pass: I will deal with Teams first. I would not even dream of bidding.” (neither would I) “We know partner has a maximum bad 14 and so the opponents are likely to have the balance of points.

Furthermore, there is no evidence that they have a fit- no super- accept which one should always play with a weak NT- so partner has at least three hearts and almost certainly 4+ spades.

This means the chance of our having a minor fit is not great and obviously we have to play at the 3 level vul, most of the time with less than half the deck.

Back to Pairs, the only logical bid is 2NT and for the reasons above I don’t think there is much upside. The window is very small but I would consider it if I was pushing but it has a lot of downside and we could easily lose 200 on a simple part score hand.”

Stephen Blackstock “Pass: At IMPs, you are walking into the unknown with the possibility of suffering a big penalty if North was close to a constructive move. Any action is too much of a risk; there is no particular likelihood that this deal belongs to EW.

At Pairs, there may be a little more to gain: 2NT will get you to a minor suit contract, and even -100 may be a good result if 2

scores NS +110. On the other hand, -200 will be a match point catastrophe. I would not consider double, intending to convert to 3

: if West passes the double (reasonably expecting East to have more defence), we will often not beat 2

. So, Pass at Pairs also. This is not a suitable hand or vulnerability that suggests being too aggressive.

I can only presume that some action worked for East at the table. One layout doesn’t make it percentage.”

The whole comment, Stephen, is fair and the last comment very accurate. Anyone who passes at Pairs would certainly pass at Teams, too: a “no brainer”. Yet, what are you really risking by bidding at Pairs? You will get an average/ average minus score by passing depending on the lead. It is not top to bottom…and why should it be a bottom:

(though I question how badly they needed a ruff) and when they got their ruff, South’s trump and third diamond loser were condensed into the same trick allowing South to score an overtrick.

A more patient and more justified club lead against 3

(North is likely to compete) should see that contract defeated.

There is a risk in bidding though a number of bad things have to happen for East-West to collect -200 or worse. Nevertheless, a little reluctantly, I must bow to the Panel’s almost solid collective caution about bidding. West held the four spades and three hearts the Panel expected and it was fortunate that West held one four-card minor but I do not see that playing a 5-3 club fit need be double or disaster territory. ..or am I ever the optimist?

is. There seems no sensible way to discover which honours partner does hold. On a lucky day, they will hold more black than red suit honours. This seems like a lucky day. So, ensure it is.

was natural and game forcing with 4

indicating more 11 and a half than 14! West leads

4. Spades break 3-2. When you come to play the first round of clubs, East contributes