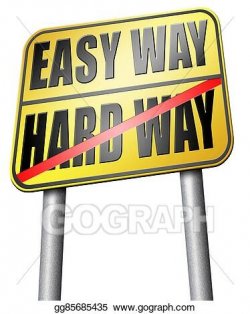 “Make it Easy on yourself”.

Burt Bacharach may not have been thinking of playing a 6 spade contract when he wrote a song with these words but he might have done! They applied to the following contract. Your partner had taken a plunge into the unknown by jumping to slam. Make it so that both you and partner feel happy: make it "the easy way".

was natural and game forcing with 4

indicating more 11 and a half than 14! West leads

4. Spades break 3-2. When you come to play the first round of clubs, East contributes

Rather lazily, declarer ruffed and drew trumps in three rounds. Calling for a low club from dummy, East contributed

J.. and there we were, for the umpteenth time trying to decide whether this was from QJ doubleton or was indeed the only club East held. The look of the North hand suggested there might be a bit of shape around the East-West hands though spades had already broken normally. Would the other black suit?

The suggestion is that the play of the jack is more likely to be forced given that a lot, maybe half, of the time the player will play the queen when holding the doubleton. For one of the above reasons, South played low to

7 on the second round and breathed a huge sigh of relief when East discarded. Pressure but unnecessary pressure. Let’s go back to trick 1.

The other loser on the hand is the

A and a diamond had not been led. Indeed, South forgot to take advantage of the very friendly heart lead. One would not expect West to have both missing heart honours as surely a high heart would have been led. Just maybe, though, they had one and as long as declarer discarded one of dummy’s high diamonds at trick 1, then the other honour would need to be played at trick 1.

Q, then discard dummy’s other diamond honour. If that loses to the

Q in the East hand, you are no worse off than when you started but when East follows low, then your contract is looking a whole lot better. You would then just have to avoid two club losers which would not be too much of a problem on the actual lie of the cards. Of course, if West covers with

Q, ruff and draw trumps finishing in the South hand to discard dummy's other diamond honour.

So, before you play too quickly to trick 1, just see what opportunities are available and sometimes there is one which would make later worries, restricted choice etc virtually stress free.

You make a take-out double in the “pass-out” seat because your range for an immediate 1NT overcall in that seat is 12-15. Partner calls 1

and you have found a fit. What now?