Don’t you sometimes wish that your partner makes a certain lead or switch…and they end up placing a card in your near void suit on the table? If only…if onlys do sometimes happen.

was Precision style with 2D

being an 8+ hcp positive. The subsequent bidding was natural.

Q which goes to East’s

A. Next comes a low heart from declarer’s hand. Plan the defence.

I know we could all reach across the table on occasions and cheerfully strangle our partner (emphasis, please, on “cheerfully”), but have you ever had to supress an urge to show your pleasure, quite demonstratively, at partner’s inspired play?

I experienced the compulsion to do this at the North Island Teams of four championship when defending 3NT and my partner made a tricky switch to defeat the contract.

North-South were playing Precision with 1

showing a strong hand and 2

Q was led and won in hand by declarer with their

A. Declarer then played a small heart towards dummy’s jack. After winning their

K, the spotlight fell on West.

Sitting West was Lorraine Boyd who reasoned that, on the bidding, South was marked with five hearts headed by the AQ,

A and undoubtably had good spade controls to bid 3NT.

Thus, Lorraine switched to the

J, the only card to ensure the contract’s defeat, with one heart and four diamond tricks.

No, I did not jump up and give Lorraine a kiss but it took a lot of self- control not to grin outright!” 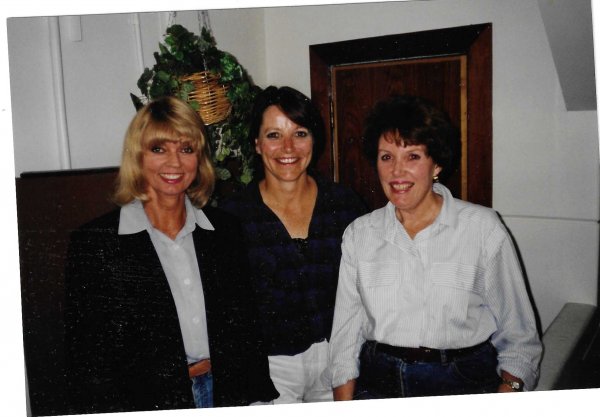 For less experienced players and others

Well, you may not want to be in grand slam though you would like to play these cards in a little higher contract than 3

The above is the actual bidding sequence which occurred. West, playing a system where 1

showed just 2+ cards in the suit, had no support for clubs and knew East almost certainly had no heart hold for no-trumps or four card spade suit.

Do you agree with East’s first bid? What was West’s best action over 2

and what could West have bid over 3

in the actual auction?