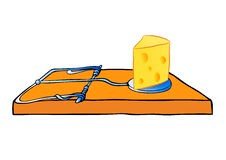 Is all not what it seems? What is going on during the play of the hand? Skulduggery at the bridge table?

4 (Leads 4th highest, MUD) and you win with your ace, with South playing

K. You switch to

10 wins the next trick and then a heart is played to your ace. What now?

Well, with a threatening looking diamond suit in dummy and the spade suit a no-goer, it looked like the only place for the defence to take another trick, apart from possibly the

A was in clubs. So, despite West’s somewhat high club when the jack had been played, East continued with another club,

10 to be followed by a third club, and the defence, as you would say, was over.

Declarer’s hand was not what East had imagined.

South had seen the writing on the wall at trick1 as he knew his opponents were playing 5-card majors. Had he followed low, he would suffer a couple of ruffs even if he could quickly discard his club loser on the run of the diamonds (he could not). So, the

Suicide…certainly but one down or two down did not matter a great deal. Could East have been suspicious? We said East-West were leading 4th highest or MUD (“middle up down") leads. If the

K was a true card, then that left West with

6, the middle card? I tend to believe the latter. However, not unreasonably, East would have taken the

K at face value without looking too closely at the lead.

KQ9 maybe?) but East was taken in by the clever drop of the honour. East had one more chance when

All conjecture but give South full credit for his unusual false-card which was hard for East to see through. A game made not by East’s defence (though he just might have come out with the real answer eventually) but by South’s clever subterfuge. 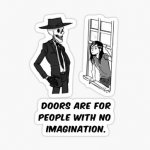 Have you noticed there is something wrong with this contract? That’s right. You are missing both black aces! No need to show the bidding. It was not good!

J winning the first trick. A club to the king wins and is followed by a club to the jack, both opponents following but no ace appearing. What now?