Tournaments have been flying thick and fast down south. It feels like it’s been no time at all since I was last penning one of these write-ups in April for your enjoyment. I better start talking about them though, as there’s a lot to report on.

I will start the report off by talking about the oldest unreported tournament, the Winton Swiss on the 17th of April. 28 pairs competed, which is impressive as it was running on the same day as Allan Joseph was running a directors’ seminar in Dunedin for 30 people.

Kevin Skoropada / Moss Wylie continued their hot streak with 86.52 vps from 6 rounds, which was comfortably enough to get first.

Robyn Reidie / Sue Scott were the only pair to take a match off of the winners, but this wasn’t good enough for them to leapfrog into first. They had to content themselves with 2nd on 80.96 vps, and were also the top Intermediate pair at the event.

Lydia Turley / Brad Johnston managed to scrape third with 75.65, just ahead of Peter Hall and Lindsay Glover on 75.12. In no small part this is due to a scoring error in the penultimate round which was corrected for the A point ladder but seems to have been left as-is on the club website display.

The first board out of the slots on the day proved to be the most exciting one for your correspondent. Sitting fourth in hand, you’ve almost managed to count your high card points when the auction pass, pass, 2

[multi] and you have:

Does your partnership have the tools to find the cold grand? (South's double should show 4 spades in which case 4NT should be Key Card, you hope!)

Only Skoropada/Wylie and Turley/Johnston found a 7-level contract, although Wylie had a tailwind when Skoropada opened the South cards a Precision style 1

The following Saturday had Wanaka’s annual tournament, which 36 pairs contested. I wasn’t in attendance, so can only report on the scores.

Ken Saxby / Martin Unwin got off to a strong start with a room-topping 64.25% in the morning, but could only muster 52.04% in the afternoon session to net third on a 58.14 average.

Ernie Sutton / Jean-Olivier Begouin started off in second with a 61.20% set, and scored just enough to hang on to the silver medal with a 58.03% in the afternoon and 59.62 average.

The Otago Club runs a “split” tournament for Junior players, with one session played in April and one in July. 18 pairs attended, and the ladder is currently as follows:

Let’s see how many pairs turn up next time to challenge Judy and Deirdre’s massive lead.

Murihiku 5A Teams and Pairs

Invercargill runs a popular set of tournaments the week before the IP trials each year. This year 14 teams and 26 pairs fought it out for the silverware. Victorious on the days were:

Some fantastic results for Sam, Anne and Kevin. The Invercargill club did well running this event, as a few things were going awry.

It started with half of a team pulling out on the Friday morning and they were able to scramble substitutes.

When it came time to give out the Teams prizes on the Friday night, the club discovered that someone had made off with the envelopes! (If this isn’t a good plug for switching to cashless tournaments, I don’t know what is.)

The Pairs was also slightly unusual, but only from the results perspective. The first session saw the three top pairs all sitting EW, with Harry and Geoff eeking out first on 406 matchpoints (65.06%). Anne and Kevin were a single matchpoint behind with 64.90%, while Sam and Brad where miles off the pace with a mere 402 matchpoints (64.42%).

The cards were definitely very volatile and challenging in this set, as our partnership managed to accrue a total of 4 matchpoints over 6 of the 26 boards-including 4 flat bottoms.

Everyone was so exhausted after the exacting set of boards in the morning and the splendid food that the Invercargill club provided that most pairs feel into a food / exhaustion coma in the afternoon session-myself included but thankfully not Sam; who continued playing in the form he had in the teams.

The next event on the calendar was the IP trials. Historically these have been run as a Swiss Pairs format, but the new committee decided to try and buck the trend of some recent disappointing finishes by swapping to a Teams trial format.

Only one team applied for the Women’s and Seniors teams, so they’re as follows:

These two teams played a “friendly” play-off on the Saturday, with the Seniors winning the bragging rights by 144-130.

The Intermediate team was contested by 6 teams, and they played a double round-robin over two days. After 100 boards were played, the dust settled to see:

The Open berth was contested by 3 teams, who played 4 x 28 board matches against each other team in a trifecta format. The Coutts team (Sam & Glenn Coutts, Graeme Stout / Jeff Miller) and the Johnston team (Brad Johnston / Kevin Skoropada, Matt Blakeley / Paul Freeland) were neck-and-neck throughout the entire event, but when the music stopped (and NZ Scorer crashed) the standings were as follows:

with the third team some large distance behind.

Following the excitement of the IPs, there was a lull in local tournaments until the 22nd of May when Gore hosted its Intermediate/Junior Pairs. This event was well patronised, with 12 Junior pairs and 30 Intermediate pairs contesting. 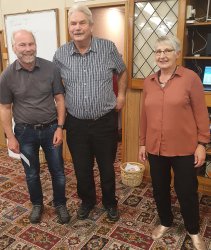 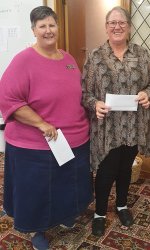 Dave and Murray might have been blowing off some of their frustrations at leading the Intermediate IP trials after the first-round robin by hitting two scores over 60% to comfortably win the Intermediate grade.

34 pairs fought for glory out in Mosgiel, with the final standings being: 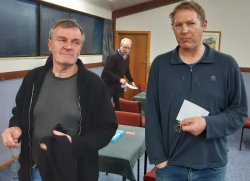 Otago/Southland 10A Provincial Teams and Pairs

This past weekend had one of the larger events on the calendar for Otago/Southland, with the Provincial Teams and Pairs being held at the Otago Bridge Club. 12 teams and 26 pairs lined up to play, which is slightly fewer than normal but possibly explained by the Otago Club hosting another brace of 5A’s this coming weekend.

In the Teams, we played 5x12 board matches. Coutts blitzed the first match to take the lead and never relinquished it until the end of play, so the final standings were:

In the Pairs we played 3x22 board rounds, and I’ll extend the ladder down a bit further as there’s a name you might not expect making an appearance.

I believe that the last time Nick played was winning the Babich NZ Wide Pairs back in 2012. I think it’s pretty impressive to pick up cards for the first time in a decade and get a session-topping score of 62%.

In terms of non-tournament news, the local rubber draw is nearly over. Ernie Sutton / Jean-Olivier Begouin are waiting to play the winner of Chris Ackerley / Murat Genc and Pamela Nisbet / Peter McCaskill.

The Otago Bridge Club is also starting a new initiative with a School Holiday Programme targeted at High School students. They’re aiming to cover content from the first set of NZ Bridge lessons from Monday to Friday, 1pm – 4pm each day.