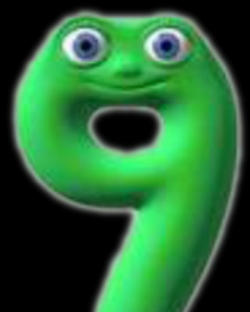 The Power of “Nine”!

One way is technically correct. Another may be practically successful while a third results in a minus score! So, which way should we not take? It seems perhaps that the last is not the best! Yet, it is perhaps the simplest!

What are we talking about? Why, trying to make 6

North leads their spade and South follows with theirs. What’s the plan?

There’s a little to say about the bidding. Firstly, that West hand is way too strong to open 4

certainly at nil all vulnerability when we could/should be an ace weaker and a spade shorter. Let’s not get into a debate about the other extreme. This is not a strong 2 opening either. The problem comes about what to bid after you open 1S and partner bids 2

but again too strong for that and certainly not 2

trusting that partner does not take you for a lot more high cards than the 11 you hold. It is not a perfect world!

rather than launch into key-card since they would not want to be down in slam to two immediate club losers. They would though have felt fairly confident when you turned up with two key-cards and the

, and still deciding what to do at trick 2. There is a nice straightforward line of discarding a club at trick 2 on the

A and trusting that North has the

A. Discarding a diamond at trick 2 and playing North for that

A is pretty much the same. You may take longer to go down if you do that but if the

A is not where you want it, your chances are not great. Of course, were North to hold

Q and not the ace nor the

10, they may erroneously not cover with their

Q. All conjecture. What is not is that running lots of spades is not likely to work unless North does have

A as we have no way to dummy once our spade entry has gone, unless we retain two diamonds.

One West player, Auckland’s John Khouri, found an interesting line. He did not let the world or even North-South know that he had a void heart. At trick 2, he played a low diamond from the table away from the king. Now, if South held both missing diamond honours, they would certainly put up the lower one. What though if they only held one?

If it was the queen, they would do very well to play it. If they ducked, you would have 12 tricks as North would win their ace. And if it was the ace? Well, you are no worse off now than any player who played for North to hold that missing card.

Take a look at all four hands:

It was too much for South who feared singleton

Q in the West hand and who took his

A. Contract made. It is interesting what North would have done had South ducked and North’s

Q scored. It would seem strange for West to play this way with more than one diamond and therefore a diamond return from North would look very unattractive to North were West to insert

9 and then ruff out the

A….except this time West would have to follow with a very low diamond! North’s problem or in this case salvation was that a club or heart switch would look equally unattractive!

John found a good practical line to come to 12 tricks but in fact as long as West is declarer, 6

cannot be beaten. All you have to do at trick 2 is to cash the

A and discard a diamond and lead a low diamond from dummy. Obviously, South must not play their ace or else the club loser disappears. Thus, North wins but the three unpalatable suit continuations are still there for them.

I am sure that East did not recognise the most important card in their hand when they bid the slam..well, as important as any of the honour cards. 9 spades in the West hand and the all- important

The power of "Nine"

“Nine is the number of the trumps I hold.

Nine is the card that makes my slam ice-cold!

Aces and kings and queens are so fine

But so is having the diamond 9!”

Except this time it is your partner who has started the pre-emption. You have not got a bad hand.

Take a look and see what you would bid next and also decide whether you are going to break a cardinal rule of bridge.

What’s the rule and are you going to break it?