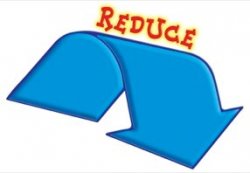 It’s time to look at another hand from last weekend’s South Island Pairs. While the vast majority of West players struggled away to make an overtrick in 3NT and usually failed, one West player could put his feet up while his partner looked to make 12 tricks in clubs.

After a standard 2NT opening by your partner and a response showing no major, you take a shot at slam in your long minor. South leads the

9 and it looks a fairly simple job of drawing trumps, discarding a couple of hearts and claiming. However, when you play

A and a second club to your queen, South discards a heart!

Not so easy now! Over to you.

Indeed, had the trump break been more friendly, two losing hearts could be discarded on the third round of spades and diamonds. Not today though. Trumps could no longer be drawn without losing two tricks though Wellington’s Paul Carson still found a neat way to make his slam. These were the four hands:

Paul crossed back to dummy to play two high diamonds and found another suit breaking badly, this time, though, to his advantage. One heart was discarded and then a diamond ruffed. Back to dummy with a heart to the ace and dummy’s last diamond was ruffed.

Finally, the three high spades were cashed, with Paul’s remaining heart being discarded. This was the position before the third round of spades was played:

East’s heart was discarded on the

A to be followed by a heart ruff. North had had to follow to the first eleven tricks played but was now helpless whether they ruffed high or low. Either way, Paul had his 12th trick, a neat trump reduction played.

The only other pair to deny Paul and his partner, Bill Humphrey, a complete top were Blair Fisher-George Masters.

It’s Pairs and only the opposition are vulnerable. You never had much when you picked up your 13 cards and still have not.