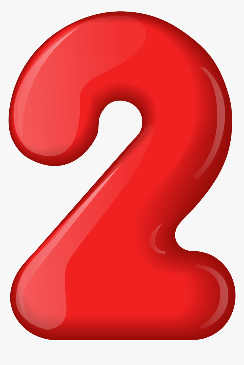 What does it mean and what should we bid now? These two questions arise from a second double from our partner. We know that the first double was a standard take-out double…but what about double number two?

We are playing Pairs and only our opponents are vulnerable.

Michael Ware “2♦: Unanimous surely! shows some values - but not a lot - minimum 3 HCP maybe. But note partner's second double doesn't show much extra either - a little extra but not a lot (say 14). So, we can't bid 3♣ (massive overbid). 2NT would be perfect, if we had a club stopper.”

The concept is that a change of suit shows some life, some points. One difficulty is that we have to make up such a change. Michaels stick together:

Michael Cornell “2♦: Partner has made a second take out double. So, I take it out to my next best suit. Partner’s likely shape is 3-4-5-1 so unless he is great for his bid this is where we will play.

My hand is not derelict but certainly not good enough to do anything else.

If partner does bid again, I will have to do something positive.”

We do have a little more than Michael Ware’s 3-count, though. Just agreeing with the Michaels is:

Peter Newell “2♦: Very close between 2♦ and Pass.  What is partner likely to have – clearly less than 4 spades, not 5/5 in red suits assuming that would be a different bid, not a strong NT with a club stop.

So, that leaves a good strong NT (with a minimum strong NT pass), a 19+ balanced hand, or more likely some kind 2/3 suited 3451, 2452, 3442, 3541 maybe.  While tempting to pass the double at the vulnerability, it looks likely that the opponents have 6 maybe 7 club tricks and likely a trick or 2 outside.  So, I lean slightly to 2♦. Given I bid spades first, clearly diamonds is unlikely to be a 5-card suit and partner should know that a 3-card suit is possible with a shape like this or say 4234 with 4 small clubs.”

So, it seems partner cannot have 4 spades and may or may not have both red suits. They may also not be that strong. Such is the argument for 2♦. However, others head straight for the spade suit:

Nigel Kearney “2♠: Partner has extra values and only three spades, most likely 3442 or 3451. Spades looks like the best part score as we will be ruffing in the short trump hand. I do have a near maximum but don't fancy an adventure at the three level or higher with no known fit.

Stephen Blackstock “2♠: I expect West to be 3442 shape; obviously not four spades, and with any five card suit it would be more sensible to bid it rather than double a second time. 2♦ is possible but I want to play in the higher scoring strain, and take the club ruff in the short hand. The real alternative is pass, but it looks too close. Give me another queen, say, and I would be trying for the magic +200.

I cannot see that 2♠ does justice to your hand, given that your partner is surely not minimum. 2♦ does not preclude 2♠ from partner and it does suggest more high cards than 2♠ might. However, let’s hear from the “blood brigade”.

I have 7 high card points when I might have a very weak hand for my bid of 1♠. 2♣ is likely to go down for a great result.”

Pam Livingston “Pass: Partner asked me to bid a suit and I did.  They can't be asking me to bid a suit again.  If they had a double and bid type hand then they would now bid their suit (or jump bid).  If they had a monster with a long suit, they could cue and then bid their suit. This is a strong balanced hand without 4 spades. I have way more than I said.  I have 7 respectable points when I promised zero. “

Also, I really wonder whether at the 2♣ stage, partner need bid with as few as a 14 count. Your hand could still bid again in the pass out seat. The danger of passing is 6 or 7 winning clubs in the South hand and the magic +200 becomes a less stellar -180. However, if your partner cannot stop clubs, which game are you going to make? Certainly not 3NT.

On the day, pass was the very big winner as South had bid clubs once too often:

+800 or down 3 was on offer though +500 was good enough to beat a roomful of 3NT players. No-one actually suggested the actual West shape though the second double seems the best way to find a 4-4 heart fit.

You may criticize South’s second bid especially at adverse vulnerability. Not every opposition bid is perfect and one’s aim should be to make the best of the bidding which happened.

And if you wrote down -180 on your score-sheet, you have not damaged the whole round, just a small part of it.