Top of The South News with Jenny Pomeroy

Plenty of inter-club rivalry over the last few weeks with both the Top of the South Intermediate and Junior competition and the Howorth Cup.

The Howorth Cup is the premier interclub competition in the Top of the South.  It has been running since 1956.  Over recent years, the host club has coupled the event with a 5A tournament making a weekend of bridge.  However, with 10 clubs now in our region, 9 of whom were up for the challenge this year, Westport held the competition over 2 days and by all accounts there was some fun on Saturday night!  Nelson retain the title for the third year but it was close to the very end and swung on the last match.

Motueka hosted their intermediate tournament on Saturday 16 May. 25 tables; a very impressive turnout, so prizes awarded in four grades. 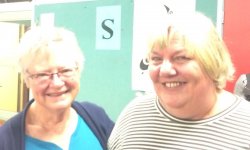 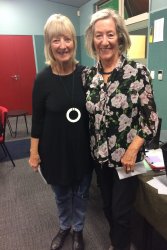 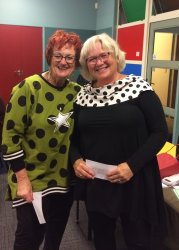 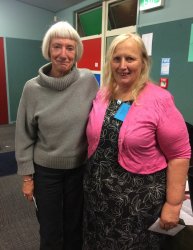 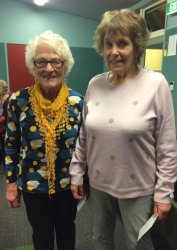 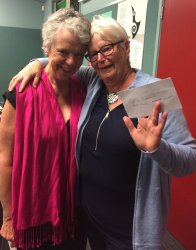 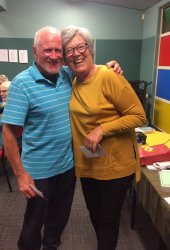 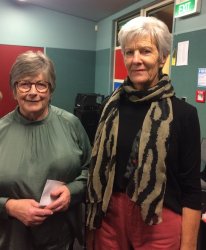 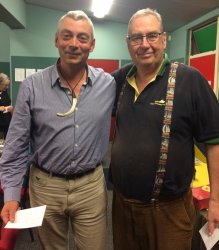 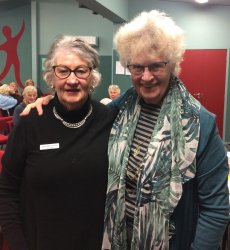 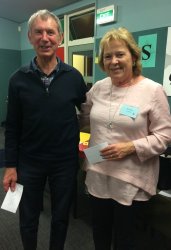 Many made a weekend of it and were playing in the Intermediate and Junior interclub.  This competition has been running for several years now and is proving very popular.  It was close in the top three placings with Golden Bay being the outright winners for the second year in a row and get to hold on to the trophy kindly donated by Picton’s Keith Harrap.  Congratulations to the Intermediate team of Christine Mead, Jean Beatson, Jude Edmondson and Suzan van Wjingaarden and the Junior Team of Pam Wood, Paola Panzeri, Rhoda MacDonald and CJ Webster.  And a huge thanks to the Motueka Club for hosting the full weekend. A week later and off to Kaikoura and a report from Pam Whitehead:

Kaikoura Bridge Club held their annual Ensor Builders Tournament the weekend of 22nd May. 130 people played in the event including NZ’s top player and overall winner Michael Ware from Auckland. The tournament was a huge success mainly due to the generosity of the local community, and the members of our club, a huge team effort.
Many Kaikoura pairs featured but the most pleasing result was that of Bev Hurst and Rosemary Hargreaves, up and coming Junior players, who were 2nd overall in the event, out playing all the Intermediate grade players in the event! 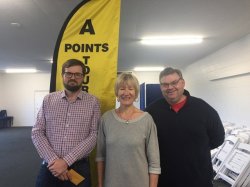 And back to Nelson on 29 May for their 5A, generously sponsored by Marsden House.  22 Tables and an army of helpers from the club keeping the kitchen running and calmly directed by Craig Shanahan.  The weather was atrocious so what better way to spend a day?  Chris Henry and Toby Oberdries continue their winning streak, taking out the top slot and a great performance by Mary MacCallum and Carolyn Gatenby in the Diamonds section coming 4th overall.  A very sociable day with lots of after play banter while waiting for the results. 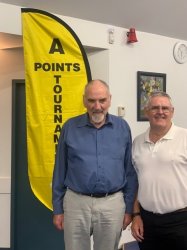 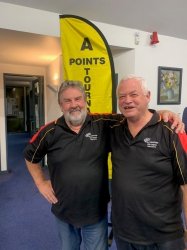 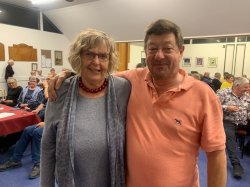 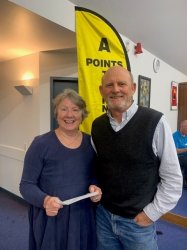 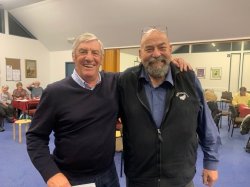 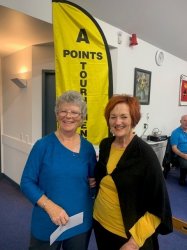 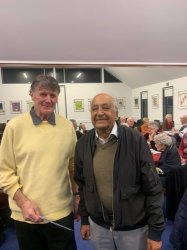 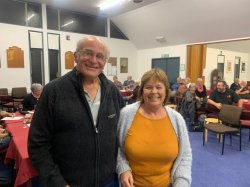 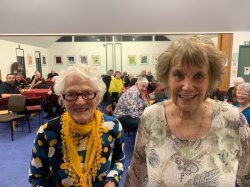 A break over the long weekend and the Juniors and Intermediates were battling it out again in Marlborough on 12 June.  Another full house with 28 Intermediate pairs and 16 Juniors. Wonderful to see so much enthusiasm in these grades.

The intermediates were split into two grades with Kathy Dowling and John Clarke taking the top slot.  Ann Cowan and Paula Kenyon were the winners of the Juniors.

And the final tournament was the NBS Richmond 5A.  Nelson Building Society are incredibly generous with their support throughout Top of the South, sponsoring several club tournaments.  Thank you!  Richmond awards NBS donated trophies to the top performing local junior and open players.  This year Grant Crystal and Sally Ussher won the Junior and Susan Hinkley and Carol Minchin the Open.  Congratulations to the four of you.  And the junior junior team of Zoe, Paige and Hollie kept everyone fed and watered throughout the day – thanks girls – a big day with another full house.  And finally congratulations to the overall winners, sisters, Ruth & Mary Allison.

The South Island Pairs was held in Blenheim in early July. A great event by all accounts and has been reported elsewhere. Visitors took the spoils with Tony Hinkley and Adrian Abraham being the top TOPS pair.

And finally congratulations to Jim Jessep, Marlborough’s most recent Silver Grand Master.  And welcome to Richmond’s learners who are now playing club sessions.