We know that Bridge is a game of mistakes. Whoever makes the fewest wins! Sometimes, you get the chance to do something clever, to profit from good play rather than an opponent’s mistake or unlucky lead. Are you ready for it?

“Contrary to popular belief, there are very few hands where one can show the world how brilliant one really is. When these rare occasions happen, the chances are they will pass you by without even being recognised.

There is nothing more satisfying to a bridge player in not only recognising an opportunity but also capitalising on it.

Here is one such opportunity from a women’s team trial.

I won the ♥A, cashed ♥K and played ♠A and ♣K and ruffed a third club with ♦10. So went my chance of brilliancy. These were the four hands:

West could have over-ruffed with ♦K and exited their second diamond. Eventually, they would score their ♠K to defeat the slam. However, West decided to discard a spade instead of over-ruffing.

This gave me the chance to cash ♦A and exit with ♦J, leaving West with no option to either lead away from ♠K or give a ruff and spade discard by playing a third round of hearts. (Did someone say bridge was a game of mistakes?)

I should not have relied on an opponent’s error to make my contract. After West’s overcall, the winning line is to assume both missing kings are in the West hand. Cash ♦A at trick two (in case the king falls singleton). Then play ♥K and ♣AK and a third round of clubs. If West declines to over-ruff, simply exit with a diamond and West would then be end-played. 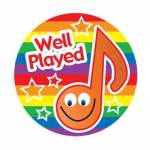 No defender’s error. Simply good declarer play. If only….”

Defending issues: for less experienced players and others.

3♦ was 4th suit forcing, artificial and forcing to game. Your partner leads ♦K and then ♦Q and then a third diamond which is ruffed by the declarer who plays a club to dummy and then ♠10.

Plan the defence, firstly to that trick and then later when you have to find two discards on two rounds of trumps. Which two cards do you throw?