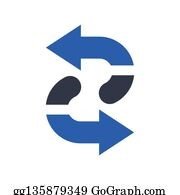 A hand worthy of a reverse and able to make one does not occur that often. Thus, it is essential you have clear agreements with your partner about what is forcing and what is not after this strength-showing bid..and agreements that both parties will remember! We are about to get criticised by the Panel for the agreement in today’s problem. The knives are out…

No matter how few clubs 1

promised, you should know more about your partner’s club suit now. You play 2

as a one round force (or stronger). What do you bid now? You are playing Pairs.

Well, some, maybe most of our Panel, do not play 2

as forcing in the way described. Hence, we have a couple of firm abstentions:

forcing, as in a normal natural sequence 2

is to play. If N/S are not playing that way, you might at least have told us if 2

was game forcing or forcing to what level?” I did not because it is standard to play a reverse as a one-round force but not a game-forcing hand.

is ridiculous anyway given that absent a heart raise from South (which might have come later, but that option now seems to have passed), the obvious interest should have been exploring 6

. Agreeing clubs early was simple and obvious, too late now because partner will think you have a different hand with a likely doubleton and are not nearly as suitable for a high club contract.”

One of the key points is whether a 3

bid from North after the reverse is (game) forcing or simply to play. We will see a preference from the Panel that it is game- forcing. Back though to the sharpened knives:

Bruce Anderson “Abstain: I cannot bring myself to provide an answer as to what I would now do after making the ridiculous bid of 2

“forcing” at my second turn. As far as I am concerned, that bid shows a weak(ish) hand with 6 hearts (6-9 hcp), but not a strong enough suit to bid an immediate 2

, fourth suit and game forcing, after partner’s reverse. That would allow partner to make a further descriptive bid; the auction would then proceed from there.”

In defence of the forcing 2

is the fact that many play weak, very weak, jumps to 2

after partner’s one of a minor opening. Such a bid has a point count of 0-5, 2-5, 3-6 or whatever you choose.  Having six trumps opposite partner’s opening at the 2 level is normally adequate and a sensible enough contract no matter what partner holds in the suit. Thus, there is much less need to play 2

after the reverse as an offer to play...

and in a slightly more constructive manner:

, the bid that I would have made on the previous round to show3+ clubs GF.

What it shows on this sequence (from the 1920’s?) I have no idea but I will have to do some more.

“Blackout” is a useful convention over reverses. It is only about 50 years old, and my preference is the next bid up, even if like in this case if it is the suit I have already bid, not 2NT, as the weak option, but that’s another matter.

All other bids are natural and game force and there is usually more than enough room to sort things out as far as strain and level are concerned.

On your hand, slam would be huge opposite

Thanks, Michael. So, traditionally in Blackout, 2

would be game-forcing and 2NT the minimum response, though not the way Michael plays it. Others, if they have objections, keep them hidden:

:  showing support and at least mild interest in slam.”

: I want to make a forcing bid that shows club support. If 3

is forcing I bid that. If 3

was forcing last time I would have done that. If we're playing old fashioned Acol and I have to go through fourth suit to force in clubs, I would have bid 2

I think we can presume that 2

creates a game-force and therefore that 3

now would be game-forcing artificial..and hence a slam try.

is fourth suit forcing. We are in a game force and this looks like there might be a slam. I have a hand that has lots of controls. I'm going to tell partner about my club fit.  I can always bid no trumps later.”

: It’s about time to show primary support for partner’s suit.  My hand looks useful to partner with my major suit controls, 3 card support and diamond shortage.  While it is very tempting to bid no trumps at Pairs, it then becomes difficult to show club support at a suitable level, and partner will find it hard to believe I have suppressed club support twice.  Bidding 3

and I will then offer 3NT.  However, I think the decision is fairly close as to whether to bid 3

or 2NT both of which I assume to be forcing.”

In Pam and Peter's answers come one of the key points about the board. Partner’s reverse suggests we might have slam on though it is not guaranteed. Exploration is needed. All the Panel at least explored slam and that is the way it should be with our hand.

Showing slam interest would have excited South as these were the four hands:

There were two dangers for North-South; firstly, to avoid 6NT almostly certainly doomed with bad breaks in key suits and secondly to reach 7

which also only needed favourable breaks but where there would be a trump loser.

would be an excellent contract to reach but is also likely to be defeated unless declarer took the line of ruffing all three diamonds in dummy and in the process returning to hand firstly with a heart to the king and then with a third- round spade ruff. Only two diamond ruffs and then the drawing of trumps would spell defeat (heart ruff followed by a diamond loser).

So, a nice small slam to bid and make and even more importantly have your agreements over a reverse well in place.

You certainly seem to be in the right contract…but only if you make all 13 tricks! West leads

So, you need 12 more tricks. Off you go, hopefully not literally!