Top of The South News with Marsha Woodbury

Welcome to our new Top of The South correspondent, Marsha Woodbury from Blenheim. In welcoming Marsha, a well known and popular player around her region for many years, I would like to acknowledge the contribution of Jenny Pomeroy who has covered TOPS news for several years, bringing always lively and interesting reporting In terms of words and pictures. Thank you, Jenny and welcome, Marsha.

Floods ravaged the town of Westport, and many Bridge players fled their damaged homes.  They are still evaluating the losses to Westport players: at least one red stickered house, three more yellow stickered (all uninhabitable), at least another yellow stickered (habitable), and numerous sheds. In a few cases insurance has not covered what was expected. As usual there were plenty of close calls.

Emergency services used the Bridge Club for several weeks after the flooding, initially 24 hours per day, with the comfortable warm environment and the kitchen humming along. A couple of members gave the place a daily cleanup, too.

As of August 16, the Westport Bridge Club received over $12,000 from about 30 clubs and individuals, with some more to come. Charity events have been a good income earner.

The fundraising was initiated by Angela Royle at the Royle Epsom Bridge Club.

The club has forwarded sums to the people that are unable to live in their homes, and expect to forward more, and they also plan to support people who were less effected.

Here is a personal report from Yvonne Scarlett:

“First, I would like to thank the NZ Bridge community for their support after the Westport flood. My 90-year-old mother lives with me; we lost everything aside from a small suitcase each. We were evacuated at 11.30 p.m. and 45 cm of contaminated water went through my home. Everything had to be dumped. The insurance say it will take 8-12 months before my home is repaired, and now with COVID-19 it will take longer. Your generous support went for firewood, bedding, clothes and more. Bridge is a wonderful game and played by some pretty amazing people.”

Westport Club generously donated funds to Kaikoura after their earthquake and Kaikoura did not hesitate in doing the same back to Westport.

Jill MacKenzie from Kaikoura, celebrated her 98th birthday at bridge recently. She still plays twice a week, lives in her own home, does her garden. We all think the key to longevity is her bubbly personality, positive outlook on life and of course she still drives herself to bridge.

Lockdown has led to several cancellations, and many players have moved online.

The Restricted Pairs, directed by Ed Roggeveen on August 14th,  had a healthy participation.

We had some fun awards, especially for those who gained and lost the most percentage points between the two sessions. 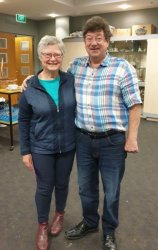 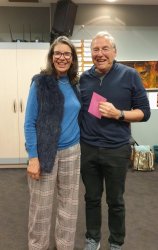 Summerset Swiss Pairs. The club had to turn people away, which seems to be the norm for the TOPS district. 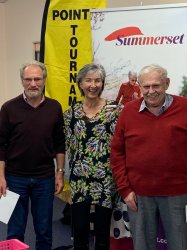 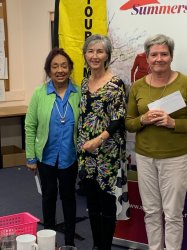 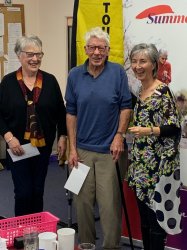 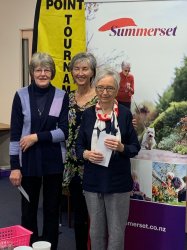 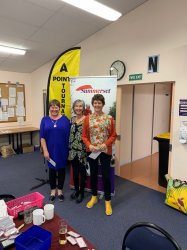 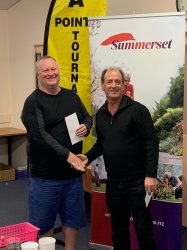 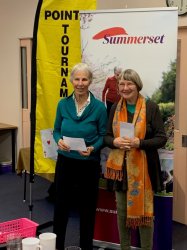 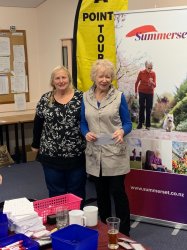 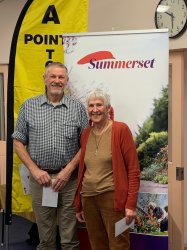 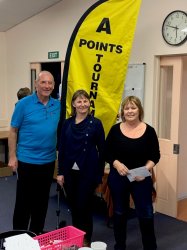 After lessons Picton had three full tables with new members playing on club nights.  They started in a separate section (and were better at following the Howell movement than many senior players

They will merge with everyone else when bridge resumes.

The club raised money from members for Westport and the club contributed too.

A few of their long-term members have moved to Christchurch over the past 12 months. Their former President, Helen Crowder, with her farewell cake below: 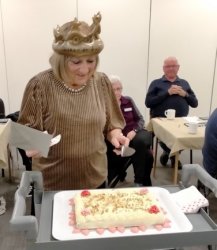