Tough for Experts, too!

You are not sure which way to go in a high-level decision? It happens quite often, doesn’t it! Well, take some comfort from the fact that our experts do not find such decisions very easy, either. For example:

A nice hand and you had hoped your partner would be undisturbed in their game contract…but North was there to ruin such thoughts…and you now have to decide what to do next. At least, there are only three options: double, bid or pass! Does that make it any easier? The game is Pairs.

Michael Cornell “Pass: Decent problem. Call me a wus. Even though I bid 4

to make, this may not be the case when LHO doubles. (it’s not hard to see 4 or occasionally even 5 losers with partner having

KQJxxxx and nothing outside, certainly more than acceptible for a Pairs 3

I am certainly not assured a heart trick. My kings figure to be badly placed so even if we beat 4

a trick, I do not think many match-points more for 100 instead of 50.  I am not convinced we are even beating it. I can’t see 4 tricks for sure!”

Well, if you are a “wus”, then you are in good company!

Stephen Blackstock “Pass: Seems straightforward as I am far from sure we can defeat 4

, and with the strong hand on my left,5

isn’t making, we may have been saved from going minus in 4

. Of course, nothing is certain, but a speculative action like double or 5

Peter Newell “Pass: It’s not clear who is making what so I’m not going to take a unilateral action. While it depends on the style of the pre-empt, while we might make 5

could make, but may not depending on whether partner has cards outside hearts and the lay- out. Given this, it makes no sense to double as they could easily make 4

and we may make 5

, or others in the room may get to play in 4

has more going for it as it may make or be a good dive but I lean to passing.

This does give partner a chance to act. Often in these situations it’s hard for the pre-emptor to make a decision in 4th seat given that when partner raises to game this may be to make, or as a pre-emptive raise. However, at this vulnerability, 4

clearly is being bid with an expectation of making, and therefore this gives partner a chance to judge whether to defend or bid 5

An interesting last comment. Partner may be still there for you. So, there are some strong arguments in favour of inaction. Let’s hear from the doublers:

off is probably the best I can do.”

Bruce Anderson “Double: yes, partner might have 7/4 shape with a spade void and we can make 5

notwithstanding most of the missing high card strength will be sitting over my hand.

It is more likely is that we cannot make 5

is going down as dummy will be short of entries. And if 4

is making, that is likely to be a poor result. So, I think double is the percentage bid.”

It seems more hope than a strong belief. However, there was some quite good predicting in Bruce’s comments. Yet, there was an alternative action which our above Panellists did not consider:

Kris Wooles “4NT: I would have bid 3NT the first time but will catch up now. If I am favoured with a spade lead, I hope to run the first 9 tricks and read the position to endplay North unless partner has a stray minor Q to make it easier. I don’t think it will be comfortable for North.”

Nigel Kearney “4NT: I probably should have bid 3NT last time as I don't want a lead through any side suit. I'm hoping for a trick on the lead to get me up to nine plus an endplay on LHO. They appear to have done the right thing over 4

x even if it goes down, which is not certain either.”

So, no votes for going to the 5 level but a mixture of actions and inaction. East did indeed have the 7-4 shape Bruce had mentioned and a pass of 4

and 4NT were all interesting contracts:

As long as you safety play the trump suit in 5

, that contract will make. Win spade lead and lead low from the West hand. No matter what, you can never lose more than one trump trick. However, life is much harder in 4NT on a diamond lead (or a spade or a club!), where in order to avoid two heart losers, West has to win with

Q to play a heart to the 9, lose a heart trick after ace and another but has to overtake

K with the ace and could end up a trick short.

, doubled or not, West had an awkward choice of leads.

A was an understandable but not a great choice. However, it got harder for West when declarer ruffed, played

J and East took their ace before continuing a second diamond.

West chose to continue hearts and dummy’s two diamonds disappeared on the two heart tricks. The contract was there to be made but South played a trump and forgot to unblock

J from dummy when West took their ace. West continued spades meaning declarer was trapped on dummy and had to concede a club trick for down 1. 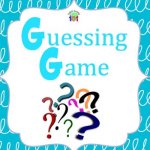 as long as the heart safety play took place. So, what would your score have been? Somewhere between +850 and – 790 inclusive! As we indicated, such decisions are plain tough!

Well, you spend a lot of time defending. So, it’s worth doing it as best you can. Like those high-level decisions, you do the best you can. You are in the hot seat here. Well, it’s your turn to play. What’s it to be?

8. Declarer plays low from dummy as do you.