when it comes to opening leads against slam contracts. If you can fool the declarer a little with your choice of lead, you will sometimes reap the reward. Your partner can and will just have to cope!

That is the theme behind today’s Jan’s Day article. It should have been a making contract but “should” and “what happened” do not always tie up.

The auction was unnatural. North opened a Precision 1

and you know that South’s shape is 3415, i.e. 5 clubs. South has three controls (ace 2, king 1) and they appear to be all in clubs. South gave a positive response (8+ hcp) to the opening bid. You know nothing more about the North hand..and your choice is?

“The simplest moves can often be best”

Every so often a deal comes along when a player is called upon to execute a technical play they have been saving up. It is one thing learning such plays and another recognising they should be applied.

On several occasions, I have seen players (and experts) tie themselves up in knots with an exotic line and failing in their contract when all that was required was a simple 50% finesse.

On the following deal, a declarer had an opportunity to exhibit his expertise.

9, knowing of declarer’s singleton in that suit. South won the ace in dummy with East playing

2 which was taken by South’s ace.

8 to get the bad news about the heart break. Next came two more top clubs, diamonds being discarded from dummy and then a repeated heart finesse to dummy’s

with South needing all of the last five. Declarer then played

Q, discarding a club, expecting the ruffing finesse to work. However, West took the

K to beat the contract by one trick.

South should have given the hand more thought. With the opening lead a doubleton, which is what South presumed, all East had to do, had they held the

K was to play low and South had to fail in their contract. For the contract to succeed, West must hold three diamonds or else they will overruff. The position of the

8 won the second round of hearts, South should have discarded two diamonds on clubs, as he did, and then play a spade to the ace to ruff a diamond and then a spade to the king to ruff a second diamond, with West following harmlessly with

K. The two- card ending would be then:

8 and must score the last two tricks via a trump coup.

Bridge is really a very easy game when you know how.” 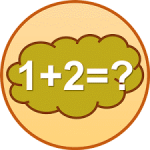 and a little less easy had you started off with that

Two Games: one problem, for less experienced players and others

The above statement is not quite true as 5

as South with the following hands:

and after that the opposition were silent. West led

J as you played low from dummy. Out came

What do you play on this trick and how do you plan to make 11 tricks?