A good suit to make trumps?

That’s the last thing you want with such a potentially nice hand as the one below. Yet, that is exactly what happened. Let’s relive the sad story, a story that would never have happened playing with my regular partner or had the name of the game been anything other than match-point Pairs.I have to blame something for a poor result, after all!

So, what are you going to bid next? Partner’s double shows 4 spades.

Before we hear from the Panel, I think part of the problem came with the opening bid, or the inability to describe this hand better. The Multi 2

is quite common in this country though not the strong minor option. Any doubt about the worth of the

K and the definition of this as a strong 2 must be counter-balanced by the seventh diamond. Such single-suited hands are awkward to describe after a simple 1 of a major response from partner, hence my preference for the 2

However, back to the problem which is almost as bad as the one to which I just referred. It’s no problem, though,  for Nigel.

: This seems routine - establishes a game force and leaves space for us to investigate further. 3NT, 5

are all possible. It's not certain there is a game, but we were not going to stop in 3

when we have this much.”

So “routine” and indeed sensible that you would think everyone would agree. Nigel had almost no support for this bid!

: establishes a game-force. I will bid diamonds next of course. If partner does not support diamonds, I will suggest the spade game unless partner wants to play NT’s.

The practical Pairs bid was a popular choice:

Agreeing and offering a good reason why they bid this way:

Kris Wooles “3NT: I want the lead coming up to my hand and the fact that hearts haven’t been raised suggests partner may have a secondary hold.”

Qxx and it is far better we are the declarer.

It seems reasonably likely that partner has something to bolster my heart stopper, but diamonds is the critical suit, and if partner has only 1 and it is not an honour, and/or doesn’t have a convenient entry which is quite likely, then we could easily have 2 diamond losers and 3NT is unlikely to make.

However, I prefer to keep the bidding simple, and the other option that I considered was a 2

(which partner could bid 3

over to get to 3NT if suitable).  Sometimes I think simple and quick is best…so I’ll bid 3NT.”

Also on the no trump trail is:

Stephen Blackstock “2/3NT: 2NT if forcing (it should be), otherwise I bid 3NT. 2NT is better as forcing so South can ensure playing from his side, and still leave room to explore different strains if North wishes. The only alternative to bidding NT now is 2

– imagine how North would feel if South then offered 2NT with

I cannot agree with using double just to show four spades. That is inefficient and wasteful. 1

shows spades. You then have all the two and three levels to explore the length of the fit. That frees double for normal takeout and allows South options to give a better description of his hand.

and a vote for the minor:

: I am strong for this bid but will need more than a weak(ish) hand opposite to make game.

I do not want to be in a tight or impossible game at Pairs. So, I am leaving it to partner to make a move towards game, or not.  He/she could well bid 3

AJxx, and we will get to the cold 3NT.

Kx on the bidding is an unattractive feature, and my singleton

K may have little value if the hand is played in diamonds, so looking for 3NT’s if partner has better than a minimum response seems right.”

Back then to the majority vote with a reference to another possible contract:

Well, you will not, Pam, straightaway, as you do have

6 along with the two honours.

We had a couple of references to the chances of 4

being a playable contract. If our partner did not produce something useful in diamonds, it might just work out better than 3NT, or so I thought. Thus, protecting my

K, I put all my eggs in the “major” suit basket, surely worth more at Pairs than playing in 5

score more as a making game than 4

The good news came at trick 1 with a 1-1 diamond break (yes, West tried for a ruff!). The bad news came two rounds of spades later! Careful play (by keeping on playing diamonds) ensured I would make my contract for the loss of three trump tricks… + 420.

Now, you might say what would it matter which game I played when 7

or 7NT were lay-down! 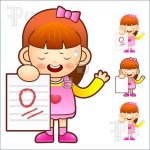 With good controls, some North players would have opened the bidding but a lot would not. Indeed, many pairs played in game. My +420 was never going to come anywhere close to those who quickly rapt up 13 tricks in no-trumps… but to lose out to those who managed 440 by making 13 tricks in 5

. That was my “major disaster”!

It’s back to the Multi for me!