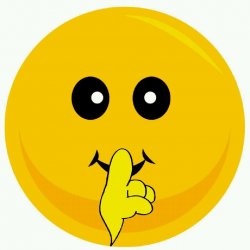 Jan’s Day: A Time to Bid and a Time to Pass.

We look today at the subject of balancing. Sometimes, we balance and find a making contract or else we push them one level higher than they want to be. We may even go for a smaller minus score than we would have suffered had we let them play their contract. They are all very good reasons to enter the bidding before it ends.

However, there are down-sides and not just needlessly conceding - 800! Take a look:

“Most of us sometimes experience that “I wish I kept my mouth shut” feeling. Our West would have wished she had remained silent on the following two deals both of which came from the 1984 Women’s National Trials.

I partnered Kathy Boardman on both deals, we being North-South. On both occasions, our auction had died at 2

. On both occasions, West had passed on the first round but decided to enter the auction with a re-opening double.

Sitting South, Kathy decided to pass my limit raise to 2

. I cannot really blame West for re-opening but it gave me the opportunity to tell my partner I had maximum values for my 2

reasoning my hand had no wasted values in diamonds. (no double of 3

made with ease for the loss of two spades and one club trick. On then to the second deal:

Again, the auction could have been passed out in 2

and Kathy and I would have missed a vulnerable game. Again, it was West who came to our rescue as, once more the maximum-showing redouble came into good use. This time, Kathy showed her second suit and with the double fit, I jumped to game.

With clubs playing for just two losers, 10 tricks were again made fairly comfortably.

I am not usually one to take a passive role, especially when it comes to bidding. Nevertheless, in the pass-out protecting seat, a major consideration must be the possibility of pushing one’s opponents to a makeable game.

You have a partner over there and if he/she has shown absolutely no indication to compete in the auction after your initial pass, it usually does indicate that the board belongs to your opposition.”

In both cases above, East-West were not vulnerable which might give you a little more license to “balance”. However, in neither example did West have a perfect balancing double. In the first example, they did not have four spades and in the second, they had a poor spade suit and an even worse holding in clubs. Maybe, in both cases, they did get their just desserts.

“CARE” for less experienced players and others

a word to ponder for tomorrow’s deal:

You are playing Pairs. West leads