Too strong to pre-empt: too weak to open.

but not in the way you might expect. We feature a hand today that just does not fit into any traditional opening bid. If you were told that it had a 7-card spade suit and 8 high-card points, you would think there would be some Panel votes for a 3

opening. There is not one!

What if anything would you open with these East cards? You are playing Teams.

Time to be free and frisky? Differing views from these two Panellists:

: First in hand can be a bit frisky so I put pressure on with 4

: Everything is flawed to some extent. Far too good for 2

and has an extra trump as well. I would not open 2

but if partner has a decent hand, slam is easily possible. It only needs the right weak NT with

Kxx to be favourite:

KQx will do the trick .

With spades it’s not necessary to pre-empt freely so opening 1 retains a lot of options – even a club slam is one of them with this 5-loser hand.”

Opening at the 1- level with an 8-count is unusual but receives a lot of support. With a little regret is:

: I’m not a big fan on opening 8 counts generally, but the spade pips,

10, 2 aces and shape all point to this hand being worth much more than 8 hcp.

It is way too strong for 2

and I don’t like having two aces for a first seat 3 level pre-empt. So, that only leaves 4

as an option.  I don’t mind too much but having 2 two aces would also surprise partner for a first seat 4

bid, and along with the singletons suggest that we have quite a few defensive tricks. So, we need to be careful not to overbid given the opponents may not be able to make much.

may goad them into a 5-level adventure – so 4

second choice.  Would not consider pass as an option – too strong playing strength wise, and not good to squander the opportunity to getting into the bidding before the opponents.

We certainly want to start the ball rolling with our hand. Remember that

10. It will have a mighty big roll to play in a few minutes.

is ok on strength but the aces make the hand too heavily weighted towards defence so not suitable for a pre-empt. Even in the worst-case scenario where partner insists on playing in a red suit, this is not that bad a dummy.”

misrepresents this hand in a serious way; it is not a weak two.

risks going for a number if the hand is a misfit; or if partner is strong with club suit, we have just pre-empted ourselves. While 3

puts our opponents under pressure, that bid may make it very difficult for partner to judge whether or not to bid on.

Obviously, I am light on high card points but the hand has great playing strength and two aces.  Therefore, I am treating this hand as a sound opening bid. I can see no good reason to pre-empt and make life difficult for partner.

We are 1 shy of the Rule of 20 for a 1-level opening but that does not bother our Panel.

: Yes, light on hcp, but ample playing strength and controls. Partner won’t be deceived in any meaningful way. It’s difficult to see an alternative. 2

or pass are unimaginable; there may be the odd vote for 4

We have the boss suit so are not too concerned about competition, and starting at the four level can only hinder our efforts to investigate the optimal contract. A 4

opening may silence partner when he has the right cards for slam and will eliminate any chance of playing clubs when West has length there and short spades.”

: Too strong for anything else. Pre-empts with 2 aces are for losers. Unanimous surely?

The reality of what happened surely backs up the view that this is not the hand to start at the 4-level. No slam, but some interesting defence to follow:

would have been a much less unpleasant experience for the North-South partnership. Not a make but not so many tricks in the “out” box.

East led a low spade, giving North an immediate awkward choice. If East had led away from a seven-card suit headed by AQ, then putting up

J would gain a trick and momentum. Today was not that day.

Q switch. That was ducked and it was now important that West switched to

K and waited, but not for long! 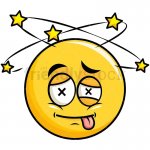 North took a losing heart finesse and a third round of clubs preceded 4 more spade winners… in all, 6 spade tricks, 3 clubs and

cannot/ should not make. The pre-emptive 1

opening worked out rather well!

We will feature a hand from this weekend’s Inter-Provincials on Monday.