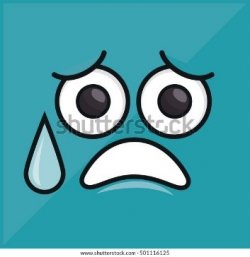 Defending is rarely straightforward and one of the more uncomfortable parts can be discarding when a declarer runs a long suit at you. The long suit in today’s hand, from last weekend’s Inter-provincials, is only 5 cards long and it is only one discard which is really in the uncomfortable category.

It is OK. You only have to find 3 discards! Your partner leads

Q. Declarer starts on the diamonds. Low to the queen and then

J with everyone following.

Which three cards do you throw? Your partner will show an immediate dislike of clubs (though your first discard must come before you know that) and then shows a mild liking for hearts.

At least half the North-South pairs were defending 3NT after an auction similar to the above. In some cases, South played

A at trick 1 which brought down the queen from declarer’s hand. Everyone followed to the second round of spades with West winning the king. We will look at that situation a little later.

South’s aim is to take 5 tricks and it would be reasonable to assume that four of those need to be in spades. Therefore, South can afford to throw two spades on the first two rounds of diamonds. When North showed no liking for clubs, South had to keep both their clubs. So,if you are really intent on getting five tricks, there is only one card you can afford to throw..and that is your

2. Your partner’s second discard, after a normally high lack of interest club, could have been

3.. and playing reverse signals, you just have to hope they have the

Q, or else there is no hope.

So, discarding really should have not been too hard although it is never very comfortable baring a king. After one round of spades and five rounds of diamonds, these cards are what should have remained (needless to say, that was rarely the case in practice.):

Your king was not the only one which was bare and unprotected! If you got to the above position, then you have done well, as well as you could. Unfortunately, West could still have made their contract. They can cash the

A (they know you must be under pressure having most of the defence’s high card points) and then, rather unsportingly, exit with their own bare king. South can cash 4 spade winners but will have to lead away from the

K at trick 12, to declarer’s benefit(2 clubs left in both the East and West hands).

If South throws one more spade and keeps two hearts, then West must play a heart to the ace and then a second heart. If South keeps their king, they will be end-played as above and if they threw it under the ace, declarer plays a second heart to North’s queen. A second spade eventually end-plays South as above while if North exits a club, declarer can win the ace as their 9th trick will be

South could have tried discarding a club and retain 5 spades, hoping West will exit the king. Great if it works but less so if West picks that South has bared that king too.

So, 3NT made and indeed it can always be made whether or not South takes

A at trick 1. If South does that and continues spades, five rounds of diamonds will once again follow. Here is the complete layout:

Spade to the ace and a second spade and then 5 diamonds. If South keeps 3 spades, then they have to throw the

2 along with two spades. The

A now brings down the king and a second heart gives North the trick but without a spade. So, West wins the club return, taking 5 diamond and 2 heart tricks along with two black aces.If they keep two spades and two Kxs, they will be endplayed or else not have enough winners to cash.

Some declarers made 3NT, not hard to do when South threw too many spades. Others did not quite pick the ending.

“Thanks, partner. Nice dummy.” You rather mean it. 13 tricks are needed. Your cause may or may not be helped when East discards a club at trick 1! Plan to make 13.