It’s a kind of time of year for making wishes. So, here’s some “wishing and hoping” to be made before dummy appears.

There are times when you hope your partner does not put down too good a dummy, like when you have stopped short of slam. Please, please show me a couple of quick losers to justify my conservatism. Then, there are other times when you need your partner to show just a little, not too much, mind you, more than their bidding to date shows…i.e. more than nothing! You cannot always rely on misdefence!

Try this one. What will you bid and for what do you wish?

What bid you would make on this South hand which seems to be getting worse by every bid or Pass (thank you, partner) made and as you made the bid, what you would be saying to your partner if he or she was able to hear you?

Partner’s high card point expectation must be in the 0-3 hcp (20- (11+6)) if the “oppos” observed the proper rules of opening and responding. As you know, they do not always do so and partner could produce an attractive 4 or 5 count out of the hat! What about another double? Maybe they have 4 or 5 spades?

Maybe not.  Are you fine with a slightly conservative 3

bid here….and the words to partner would run along the lines of “just a little help somewhere, please, partner. Not too much or else we might miss game.”

with varying degrees of speed, West quite quickly, North at the speed of light and East after just a little thought. A spade was led and dummy was exposed. Well, declarer was rather exposed too!

Partner commented as dummy went down that he hoped we had not missed game! Accepting the blame, already. That was good to see.

Well, dummy’s clubs were better than their diamonds. Maybe your aim should be to score the “beer card” at trick 13? Too hard even for that! The defence (not partner!) helped out a little and you escaped for only down 2.

Partner commented as dummy went down that he hoped we had not missed game! Accepting the blame, already. That was good to see.

Well, dummy’s clubs were better than their diamonds. Maybe your aim should be to score the “beer card” at trick 13? Too hard even for that! The defence (not partner!) helped out a little and you escaped for only down 2.

(The winning and perhaps not unreasonable action over 2

“Wonderful dummy, partner. Just what I hoped for!”

The Strongest Overcall in the History of Bridge.

What would you wish for here from your dummy?

That’s 23 hcp to save you adding. What would you wish for when you overcall 2

? That's right. You do not need new glasses! The answer is “very little”. Yes, one South did make this modest overcall! You hope for not very much….and you got even less:

(I do have a good lawyer and I am not suggesting that South’s overcall is in any way justified. 4

or double and then 4

would be great on any other day. Even a yarborough with the singleton

9 would be good enough for game to make after East opens the bidding!)

On the first board, I was the very obliging partner who produced less than nothing and on the second observed proceedings with disbelief from the East seat. The obliging partner, of course, sat North as before! 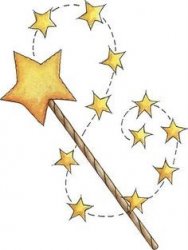 So, for what will you hope from your dummies in 2022…anything or nothing? Either way, I hope you will not be disappointed!