Lightning on a summer’s day?

Yesterday, we started the New Year off with a lost slam opportunity. It is always a pity to miss a really cold slam. What then of today’s offering? Will lightning strike twice so early in the year?

2H is Michael’s style, at least 5 cards in each of spades and a minor, 9+ high card points, certainly a reasonable hand in view of the vulnerability.

There is one big problem with respect to our being in slam, well perhaps two. Our spade holding is very suspect and we need to know partner can win a trick quickly in that suit while we also want to ensure we are not off two aces. Highlighting the spade problem is:

forcing and my next bid will be 5

, obviously looking for a spade control.

A, we are overboard! However, if he has just both aces and

so I must make a slam try.”

Highlighting the same trick-taking potential differential but reaching a rather different conclusion is (welcome back. Patrick)

Qx will make only 10 tricks while

was a cue bid agreeing hearts then I would choose that. However, I can't recall making this agreement with anyone. I can imagine partner bidding 5

with either of the two hands I quoted.

. Presuming that we are playing 5 card majors I would have bid 4

last time Yes, I would have liked a 4th heart, but it would make the bidding a lot easier.”

Also bemoaning our previous action but a little more positive now is:

: A cue bid with heart support and slam interest. Lots of awkward auctions happen when you don't show support immediately, but here 4

cannot be natural so we have survived and can get back on track.”

would seem to answer Patrick’s concerns. Agreeing are:

: East has shown a good hand with spades and diamonds, so partner should read my bid as agreeing hearts and showing control in diamonds. Over 4

, I will pass as in all probability we are off at least

, I will use RKC and bid the slam when partner confirms that they have at least one ace.”

. This is the only slam try for hearts I have available with this hand, 3

would be either a no trump probe or an advance cue bid. A splinter in diamonds would be more descriptive but there is no guarantee of safety at the five level, especially given the bad breaks suggested by East’s two suiter.

: cue - can’t really be natural when the opponents have usually shown diamonds - I have a good hand if partner has a spade control and some sort of club fit - with such great heart support have to start moving. If partner bids 4

I will pass but over 4

I will key card.”

should be forcing and unnatural (5-7 in the minors just does not happen, does it?!)

: hopefully a splinter agreeing hearts without a spade control.”

The implication is that 3

would be a cue-bid. I am not so sure of that and neither is Pam:

: asking for a spade stop or showing a good raise of hearts. If partner bids 3NT, then a bid of 4

by me shows slam interest.”

I agree but does it show enough interest holding AKx of trumps and AK to seven of our own suit? It seems Michael Cornell’s jump to 5

highlights both the problem and the potential of our hand.

So, which of Michael and Patrick’s two hands did our partner have? The answer, of course, was neither but one with some potential:

The above is the sequence Michael Cornell envisaged. Would our partner have ventured 4

? Had they not (and there were plenty of reasons not to), then the slam would surely have been missed.

How good is the slam? Pretty good when clubs break 3-2 and trumps are no worse than 3-1. As you can see, it can also make sometimes when clubs are 4-1!

J lead which should be followed by 2 rounds of trumps finishing in dummy. Now the other top club and it is all over for the defence. Only the initial

A lead earns a trick for the defence. 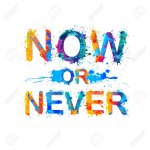 for a defensive trick!

That was the message yesterday, too, in defence to a cold slam when you hold an ace. As Mike Cornell and Pat Carter pointed out, 12 tricks were by no means certain but 13 on some days were ice cold. Would your bidding have identified which day this was? Only 2 of our 27 pairs made it to slam this time.