Grand-Master is a significant achievement for bridge players. A select few play more, win more master-points and achieve the ranks of Silver and Gold Grand-Master. A very very few go even higher and become Emerald and Platinum Grand Masters.

So, you have a little way to go? Don’t worry, we have only one Platinum Grand Master, Michael Ware, and until very recently, only two Emerald Grand Masters, Ashley Bach and Grant Jarvis. Their rank has just recently been bolstered by a third player, the Auckland Bridge Club’s Patrick Carter.

It is fantastic for any player to reach that level, maybe even more so for Patrick, his home club’s director and scorer for many many years. Consider that Patrick cannot play in all of his own club’s and some regional tournaments. Yet, every year, he accumulates lots and lots of A Points. Congratulations, Patrick.

We want here to salute those who have become Gold or Emerald Grand Masters so far in 2022. 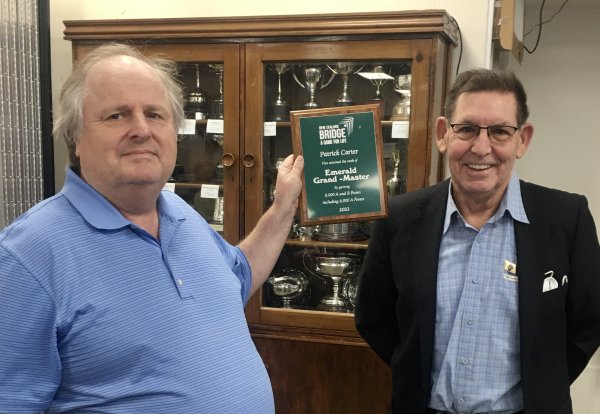 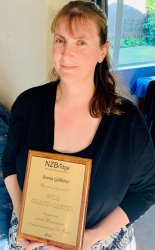 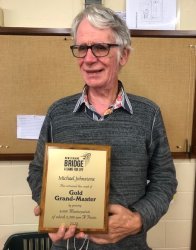 Congratulations to all the above and may all readers enjoy their next and future games even if they are a little way off the achievements of the above.