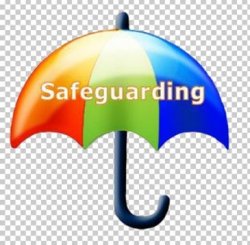 It was not too hard to bid to game, a combined 26 hcp with a useful singleton in dummy. A slight upgrade with North’s second bid though we are allowed to count three extra points for a useful singleton. So, all systems go, as long as we record a positive score.

K and switches to

A solid second fit in spades, no obvious losers in diamonds and the top two hearts. It should be quite straightforward. That’s the time to be extra careful.

AK and an extra trump in each hand. That assumes a 3-2 trump break and does indeed come to 10 tricks. Maybe we could take a diamond finesse or maybe the

Q will be tripleton as we ruff the third round.

There’s one or two assumptions there..and it is not the time to make any such assumptions. We do not even want to test trumps though if we did and the break was 4-1, we should still survive. The defence has made this deal easier than it might be because they led a high club.

So, let’s plan to ruff a couple of clubs in the North hand and then the South hand will have no more losers outside trumps.

So, play a trump to hand and ruff a club. You note

10 appear on your right as you play the trump. Now, ruff your remaining club in dummy. What? You suffered an over-ruff? Clubs broke 7-2. That’s very unlucky with West not over-calling in clubs.

Actually, there was no over-ruff but you would still be well-placed even if there was. So, you can now play dummy’s high trump and East does discard:

No worries even though West has 2 trump tricks. South can just start cashing spade winners. West can either ruff or not ruff but there will only ever be 2 more tricks for the defence. The four hands were:

It really is a basic situation where there was ruffing to be done in dummy before trumps can be drawn. Once that has been achieved, the bad trump break could no longer hurt us.

Stay out of our sequence, please!

That might be your plea to South but they are not listening. Now, what seemed like a simple constructive sequence has got somewhat harder.