Some days it just happens and there are too many days it does not! Overbidding, under-bidding, wrong leads, failing finesses…you name them! Did they all happen in the same session? That’s bad!

One or two ways that you can improve your Pairs results is to maximise overtricks as a declarer and minimise them as a defender. Easy said! Well, either the declarer or the defence will achieve that aim in today’s deal. Whose side is your money on? We will for now sit East, as a defender.

bid, all the bidding was natural. Your partner led

6 on which declarer played low from dummy…. and you?

“Third player plays high” or so says the rule. Do you know when to break that rule? Right now!

As a defender, you will have a few seconds to study dummy and the opening lead…and when you can see 10 cards in a suit, you should have some idea of from what your partner led and what you should do now.

Maybe you lead MUD (“middle up down”) leads or perhaps 3rds and 5ths. There is no way the lead can be a 3rd or a 4th highest as we never under-lead an ace! MUD? That’s possible, from 10 6 3. What does that leave declarer…singleton ace? The other options for the lead are a singleton or top of a doubleton. In those cases, declarer holds

10. Getting the message? There can never be a gain in putting up your king. If you wish to show off, play

2 or you must play a higher card, insert

So, having achieved that, we can look forward to some good defence…maybe! Let’s look at all four hands.

We can see now why South bid 2

in trying to show a good raise to 4

. They were never playing 3NT even if North had a heart hold. You can see that there are at least 12 tricks in no-trumps on any lead but South could not be sure their partner held

There are also 12 top tricks in spades. Any pair who managed to bid to slam would score well but as South, you can still score quite well if you make all 13 tricks, something you can achieve without the help of the defence in no-trumps or spades with North as declarer or on any lead except a club with South as declarer. Overtricks!

A West would do very well to find a club lead when their partner had overcalled in hearts. So, after

10 scored. A spade to the king would be followed by

A and a ruff and a cascade of spades, 6 more to be precise.

Let’s look at the position with one round of spades to be played:

Q from dummy. East is not enjoying this! If they throw

A and dummy will be high. If they discard

J, South will play a club to the ace and a heart back to their hand..and the

I know what you are thinking. East may as well have played

K at trick 1, for all the good playing low achieved. True but nearly half of the 27 North-South pairs only made 12 tricks. 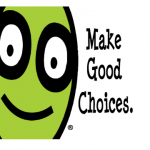 So, playing in game and making all 13 tricks scored North-South well above average. You did not need to bid to slam to get a good result. Pairs is so much about over and under-tricks rather than aggressive bidding (not that bidding to this small slam is aggressive, if you have the bidding tools to do so).

And why should South play this way rather than take a simple finesse? Perhaps because of East’s overcall and the known presence of the

K in the East hand.

Do that and immediately your Pairs result will improve.

And apologies to the East defenders who this time were helpless, unless their partners had found the magical club lead.