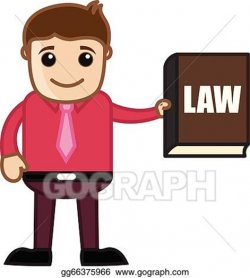 That is “The Law of Total Tricks”. In its crudest form, you bid to the level of the number of trumps in your two hands. With 9 trumps, you get to the 3 level as quickly as possible, no matter how few high card points your side has. With 10 trumps, you bid to the 4-level.
“The Law” will protect you. Let’s see:

Only N/S are vulnerable and it is Pairs. What should North bid?

: As I remember (and use) “the LAW” as advocated by Larry Cohen one should (mostly) bid to reflect the size of the fit. So, with a 4/4 fit bid to the 2 level, 4/5 fit to the 3 level and 5/5 fit to the 4 level. I say mostly as there are factors which could on occasions affect this but as a general rule it is a good guide. Therefore, despite the vulnerability I would bid 4

: Some days we will be a few down, and if doubled ugh. However, it is hard for the opponents to double with very little in trumps and likely a good fit in at least 1 minor. So maximum pressure will make it hard for them to judge. I don't really have a second choice, but 3

if I was really worried about getting doubled in 4

would be pre-emptive not constructive.

: notwithstanding the adverse vulnerability. On an unlucky day we will go for 500 but it is very likely our opponents can make a game and with a minimum 5/5 fit it is more likely we will get out for one down if doubled. The bid puts our opponents under a lot of pressure. Also, partner has bid when vulnerable, so possibly we can make 4

if he/she has key cards and the right shape.

it is, and I will be unapologetic if it is wrong.”

A little more conservatism from:

is that your opponents will be left with no choice but to double you and unless partner has a singleton heart and a minor suit ace, you will be -200 when most may only be playing a part score the other way.

is right to put maximum pressure on, but wrong in that it is unlikely to be a good result. So, at Pairs I just prefer 3

in a normal NZ pairs event. That would simply be giving opponents  ‘fielders’ choice’. Even if they double when slam for them is cold, -500 will not usually be a good score anyway. Furthermore, at this stage they do not necessarily have a great fit. I would opt for 3

and with just one toe in the water:

and see what happens.”

but there is something extra about this hand:

: “The Law does not work and there are lots of people nowadays leaping to four of a major with any random 5332 hoping it will protect them. It won't. But here we have a lot of shape in addition to five card support so 4

as a two- way shot is justified.”

Good advice. One cannot ignore vulnerability and the shape of our hand. Occasionally, a “Law Raise” will suffer a large penalty though applied sensibly, you should get reasonable results. Our hand does have a bit of shape which is really needed at adverse vulnerability. Let’s see what happened.

. If East decided to sit it out, or West doubled it, they will record a poor score as 10 tricks can be made rather comfortably. Many Easts would head off to the 5-level having not mentioned their long club suit yet.
5

should be too hard to make even on the helpful

Q. When in with the

K, South should be able to draw a couple of rounds of trumps, leaving East with at least one more losing diamond.

Note East’s opening bid. The actual auction demonstrates it is easier to open 1

and rebid in clubs if the opposition pre-empt you. 5

should show a 5-card+ club suit over 4

, enabling West to pass rather than convert back to a poor diamond contract. (4NT would show long diamonds with a 4-card club suit.)

So, “The Law” still has its place though perhaps should be used just a little sparingly at adverse vulnerability….or is that just a sign of my age?

Something a little different for tomorrow. We want to offer something for newer players coming out of Beginners’ Classes into the wonderful world of Bridge. On Fridays, we want to include some basic deals covering points they have already covered, reinforcement of what they have learnt. They are unlikely to look at this column at present. So, it would be great if you can point newer players you may know or at your club in this direction. Naturally, you are allowed to read the articles too. Do you remember those days way back when finesses always worked and trumps broke 3-2? Not since you first learnt, perhaps?