A lot of bridge was played around the country this past weekend but none was more enjoyable than the “3+1 Teams” played on the Friday evening at the Hawke’s Bay Congress in Hastings. The format of three less experienced players playing in a team with one expert is not new but was revitalised by the organisers of this Congress.

They thought they might get 8 teams of Intermediate/Junior players along to play three x 6 board matches, where the expert played with each of their teammates in turn. In fact, 13 teams took part in the event which was very well received by all present, including the experts.

Unlike in a standard bridge event, the players were encouraged to ask questions/ discuss the deals they had just played. Noise was encouraged! Each match of 6 boards took about one hour. An expert sat either North or South at each table. At the end, even though it was past 10.30pm, all 52 players sat at their tables as a couple of themes were highlighted by some of the expert players after which came the prize-giving.

Although this was primarily an event for the less experienced players, mention must be made of two of the experts, the two youngest players at the weekend Congress. When they heard about the event, Jack James and Leon Meier volunteered/ insisted they took part as two of the experts, a wonderful attitude from two of our most promising up-and-coming players.

On then to those teams who did well. 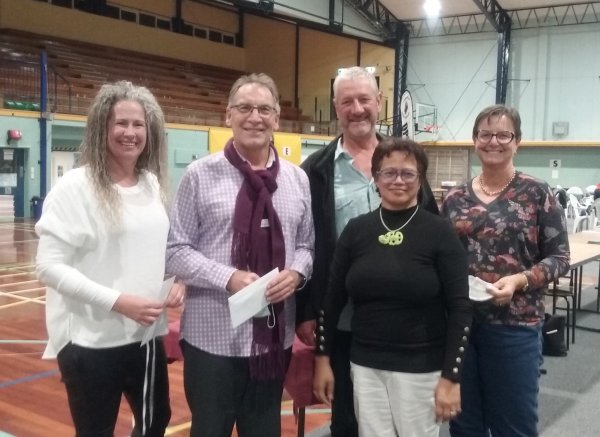 Note bragging rights in the McAlister family went to Di whose team finished three places higher than that of husband, Hugh. These were the only two teams which won all three of their matches.
Yet, this evening was not really about winning and losing. It was about the experience for our less experienced players having the opportunity of playing with and learning from their peers.

and in second place 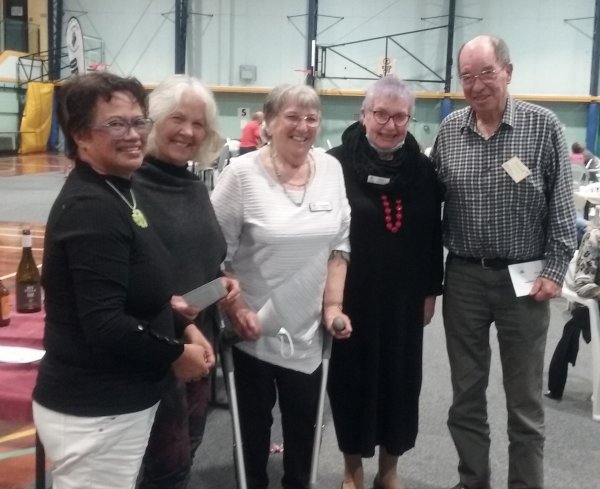 Another nice part of the occasion was the sponsorship provided by the Kinnect Group through the Wellington bridge player, Nan Wehipeihana. Nan is very enthusiastic to promote such events throughout the country and this concept will be discussed at this coming weekend’s National Conference in Wellington.

We have to have one deal from the event and it features the Napier player, John Bullot, on defence.

A natural auction left John on lead to 4

. At the end of the evening, there was a discussion about not leading an ace when you do not hold a king. As we know, there are always exceptions to bridge rules and guidelines and John proved that here.

A. Seeing the fall of declarer’s king and with no better alternative, John continued with

Q. Although not fatal, this put pressure on the declarer.

To take advantage of the friendly trump and diamond positions and to make their contract, South had to play

AK before they drew the third round of trumps.

However, South did not foresee the danger of being cut off from their own hand. Meanwhile, John defended well for the third time in this deal. At trick 3, after the club ruff, South led a spade towards dummy…and John played low, as the

Alas, for South, they then played 3 rounds of trumps followed by the two top diamonds and a small spade off dummy. East’s

Q to win the trick. However, John still had two spade tricks to come, three spades and 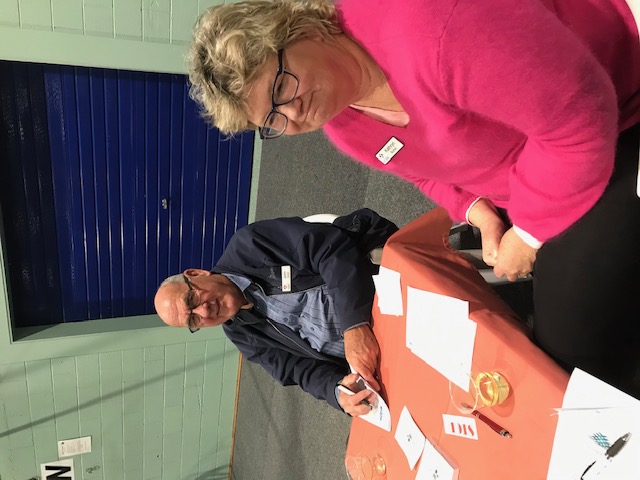 AK earlier but that does not take anything away from John’s nice defence.

Thanks to Peter Ramsey, Caroline and Murray Wiggins and the other organisers of this Congress for putting on this event, the result of which could be more such “3+1” events taking place around the country in the future.

Still on the defence!

1NT is 11-14. You double Stayman and partner, dutifully, leads

Q from dummy. Over to you.