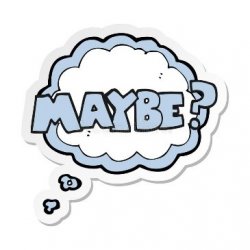 Approaching a “maybe” slam is what today’s article is about. Your partner opens a weak no trump and you have a 16-count, a reasonable but not great suit and no shortage. Two flattish hands, therefore, and a maximum 30hcp. On some days, slam is there: on others, you might even be struggling to make game!

You elect to transfer to spades (2

b.    Your partner super-accepts with 3

We took this in three stages with the Panel. Firstly, were they happy to transfer as opposed to say bidding 3

which many play as a slam try in spades? There were mixed responses, the first two having their own approaches:

Bruce Anderson “I am transferring to spades; the only alternative, an old fashioned 3

, game force, slam interest, takes up too much bidding space. This kind of hand is why a system like Symmetric Relay was invented; responder can find out opener’s exact shape and the whereabouts of his/her honour cards, and then know, not guess, whether to bid the spade slam or play game.”

. My initial bid would have been 4

Peter Newell “It depends a bit on options. I would rather bid 3

forcing if available. The main reason is that it looks like spade contracts will play better from my side with the lead coming up to my minor suit queens. The other reason for 3

. Over a super-accept I have an easy 4

forcing then yes happy to transfer.

: I think mostly we are looking at game so a practical bid of 4

would mean the lead would be up to the minor suit queens rather than through them. Downside is we may miss a slam.”

“If I went with the transfer then after 2

Meanwhile, Andy was happy to transfer and his continuation over 2

which is a mild slam try- with a game hand only, I bid 4

transfer to spades.” (presumably over 1NT)

: to find out more about partner’s hand. Their next bid will tell me whether they have spade support; if so, a slam can be investigated.”

: Slam is still possible opposite a perfect minimum for example

: This will help uncover whether partner has 3+ spades in which case I'm interested in slam. Over 3

response to the transfer though it's not ideal with a one suiter. If partner continues with 3

we can cue bid, otherwise we can bid 4

So, bidding a natural forcing 3

seems to be the popular approach. However, on the actual deal, our partner may indeed have bid 3

, a “super-accept”, maximum hand with 4 spades. What then? Back to Nigel:

super accept, I would cue bid 4

and try one more time with 5

if partner signs off in 4

Axxx so let’s stay optimistic. There are a lot of hands where slam could make.”

: which shows slam interest and denies a control in clubs. Slam could still be reached if partner does not sign off over my 4

: We still need further description from South. It will be very hard to bid some good grand slams, since

Axx say is not quite good enough for 7

Axx loses only to 3-0 trumps. Clearly, a Blackwood sequence will not be adequate here. However, there is no hurry or need to prejudge what South may hold. I am always bidding 6

now and have no concerns about two quick club losers: as I see it any South hand with no first- round controls is too soft for a super-accept. If we don’t have that agreement now, we soon will!

AKJx. I would expect a 3

super-accept with that holding. All the space between 2

: cue bid. I would expect partner to bid 4

with no club control otherwise 4

Here is an alternative way of cue-bidding and will help focus on that club suit, where we need partner to have at least one control for slam to be an option:

Andy Braithwaite “3NT: asking partner for a control in clubs. This cannot be to play with at least a 5-4 spade fit.”

now I will pass, having already made 2 tries.”

So, after a super-accept, our Panel are heading off to slam. However, there were mixed opinions on how we approach the above hand after partner’s 1NT opening. These are well summed up here:

Nigel Kearney “You could play that a 3

response to 1NT is a slam try in spades. You could also use four level transfers and respond 4

if you just want to play 4

as a mild slam try. Either of those would work here.”

In the above, 3NT was a waiting bid and was followed by three cue-bids. 5

showed one key card. With 10 trumps between the two hands, North did not ask for trump queen and just bid the slam. 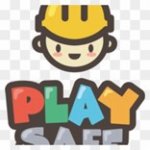 Most players made all 13 tricks but should they? There is a 100% safety play to avoid losing two trump tricks with the above holding (even where West holds

KJ4) but it involves leading a small spade from the North hand. You can only do that, in 6

, if the diamond finesse works. So, maybe win the opening lead and take this finesse. When it works, take the 100% safety play in trumps. If it fails, hope the king is singleton.

So, an interesting maybe-slam to bid and then to play.

A straightforward Stayman auction. 1NT was 15-17. Your partner leads