That’s a brave, maybe even foolish, statement to make about a bid but the suggestion today may help. So, what would you bid as North in this position?

Maybe you wish you were playing the Jacoby 2NT where that bid shows a game-force hand with 4+ support for opener’s suit..but you are not. So, you bid your second suit and after East’s intervention and without any knowledge of your own spade holding, your partner shows a strong hand with long spades. What now?

There would seem to be 3 options, other than a simple punt to 6

, which seems unwise. Any form of Blackwood or indeed Gerber would not be very satisfactory. Your partner can hold 2 aces or key-cards and you still do not know whether you should be in slam or just in game.

as long as your partner recognises this as a cue-bid and not long diamonds. If they do, then you get across the fact you are interested in a spade slam and have no control in the club suit (the suit you by-passed). If partner can cue a control (A, K or shortage) in hearts, then you could be heading for slam.

There is, though, another way and although that does take you to the 5-level, it does highlight the real issue. Traditionally, the jump to 5 of one’s agreed suit (obviously, this only applies to a major suit) asked partner to bid slam with good trumps. In an uncontested auction, you may still wish to play that. However, where the opponents intervene, it has a more useful question.

by North asks opener to bid to the 6 level with any control in the opponent’s suit and to pass with none. With complete control, say singleton ace, AK doubleton or a void, the answer is 5NT and the partnership can explore grand possibilities. Normally, with one control, just bid 6 of the trump suit.

A) as well as two losers in the danger suit. Yet, the 3

bid shows a strong hand and that risk is probably not as great as one would imagine.

A pretty solid 11 tricks with no chance of any more when West leads their ace and East encourages.

Q lead. Indeed, only the other 5 in slam received the

So, will you gamble….

Or take a more scientific approach? 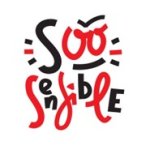 (Also, you may not always be in a position to cue-bid, e.g. after an opposition pre-empt, say 3

from partner so that your only option may be the raise to 5 of your partner’s trump suit.)

You pays your money and some days you will get away with making a slam like this one. Using conventions like the jump here to 5

may in the long run improve your results.