Not Quite So Simple.

When your contract seems very straightforward, you should take extra-special care. Maybe it is not as simple as it seems.

) and so with two aces missing, you sign off in 5

Looks like just the two aces to lose? No misadventure to the 5-level this time!

So, plan the play as West leads

A and a second diamond (

4) with East following with

Well, you can guess that something annoying was about to happen! South won the second diamond in hand and led a spade to the jack with West following low and East taking their ace. No 4-0 break to worry about but back came a third small diamond from East…and suddenly South had a problem.

It looked like West had led a diamond from A doubleton. South could take different approaches. They could ruff with

Q and hope that there was a 2-2 trump break, or ruff with

10 or chance that the lead was not a doubleton and not ruff at all!

Hey, this was supposed to be a straightforward deal! Well, it was but not anymore. South ruffed with

Q but then discovered they had a second trump loser for down 1. Unfortunate, but not unlucky!

Ignoring the danger of a ruff, which South should not, they would have succeeded with any 2-2 or 3-1 spade break or even if East had all 4 missing spades.

Yet, the ruff possibility should loom large in South’s mind and playing the trumps as above created an awful guess. South should simply have played a club to dummy at trick 3 and then played a second club discarding their small heart loser. Now play a small spade and with the above lay-out, South can afford to ruff the third round of diamonds high as there were only 2 trumps outstanding with

KJ taking care of them.

2 from dummy works if East discards on the first round of trumps. Whichever way South tackles trumps, declarer can make with one 4-0 break though the big gain is where West is looking for a diamond ruff, or convinces South that they are. Great lead and continuation by West creating doubt in declarer’s mind. Maybe East had denied holding

J by the way they followed suit but it was not clear that that was the case. 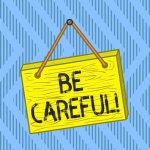 Playing a low trump from dummy had the potential of being a big winner for South though on the actual deal, West’s lead and continuation brought a handsome reward for the defence.