Sweet Dreams can turn to Custard!

You decide to check for aces. You had recently learnt the Roman Key Card Blackwood convention and decide to give 4NT a whirl. Partner replies 5

showing 0 or 3 and being the eternal optimist, you decide it must be three (you know you should bid 5

missing 2 aces and the trump king!) and so decide to take the big plunge and go for grand. Your partner was quite impressed with your hand after receiving a trump lead.

Trumps broke 2-2 and a couple of diamond ruffs later, you were recording 2210 in the plus column and quite a good score since not that many ventured to the 7 level with a combined 31 high card points. It’s a good feel day!

Should I say “night” rather than “day” because that was a nice dream? That was the West hand your partner should have held. The reality was a little different. The response to 4NT was actually 5

, one or four of those key cards…and you knew it was just one. For slam to be possible, partner had to hold an ace and therefore would be missing the

it was and as you put your dummy down after partner received a low diamond lead, you muttered something about “do not make 6, partner”.  Your partner smiled and said it seemed unlikely. The smile was thinly veiled!

The only piece of good news on the board for declarer was the opening lead. Declarer won and tried a trump but the king appeared too quickly. There was just no way to avoid two trump losers and when a rather dejected West misguessed the club position, it was down 2, -200. Welcome back to the real world!

The bad trump break was unlucky though even without that, 5

is a dangerous contract, too high. East commented that if their partner had replied 1

, they would not get too high and it would have been better as East, the stronger hand would have played the hand (hardly better on a diamond lead from South!). In fact, with only one bid available on such a weak hand, West’s better option is 1

bid, the heart fit would be lost.

So, what should East have bid over 1

would be quite reasonable. While 19 high card points and a side suit singleton is an excellent holding, we know that 4441 shape hands are often hard to play and do not easily generate extra tricks. If East had bid 4

and West held the hand of our dreams, they should surely move on.

Yet, there is another option. Last week in this series, we referred to the use of splinter bids and East could have tried one here. Bid 4

showing the values for game, at least 4 hearts and a singleton or void in diamonds. See what partner thinks. With our dream hand, they will realise that “the sky is the limit” and head “grand wards”. With the reality hand, they will say a calm but firm “4

” and begrudgingly, East should respect that decision. After all, if slam has been missed, East has tried and in the all important post mortem is blameless!

Splinter bids not only get you to thin good slams but also keep you out of bad slams, or even bad 5 level contracts, as here.

I wonder, though, whether 5

on a diamond lead need have been such a bad result if declarer could have escaped for one down.  Just look at the North hand and their choice of opening leads, even to 4

splinter bid but especially if East had bid 4

could well be because they have honours in diamonds. You will not find many textbooks advocating leads from Jxxx suits.

The only time when the textbook allows you to under-lead an ace against a suit contract is when the strong hand will appear in dummy, as above. Let’s face it. If

KQxxx or KJxxx were to be in dummy, North may well duck the first round of clubs played from the West hand. So, why not “duck” here by leading a low club at trick 1? If declarer guesses right on the actual deal, they will have done really well. My guess is 4

will be one down too.

So, dreams are free but remember that bidding is so often an exchange of information. Here, East should have given their partner the information and not pushed on into the unknown. West could decide. Notice, not even a one ace response to a 4

Gerber bid from East would not have helped that much. The asker would not know what else West held. In the above deal, the dream was “not free” and for West became a real nightmare! 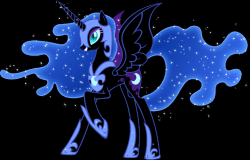