How Could I Know?

Do you know the feeling?

Q. South covered (South really wanted the defence to continue diamonds at trick 2) with the ace winning the first trick. East returned a diamond at trick two after which the contract could not be defeated. If West exited their trump, declarer leads spades twice from their hand and sets up dummy’s long spade to discard the club loser and make 10 tricks. In practice, West switched to a low club. Up went the queen…and the contract was now an easy make.

“How could I know?” The answer lies in the overcall and the threat of the spade suit in dummy. The defence can take one spade and two diamonds at most. It is true that if West has a trump trick and South has

A doubleton that the second diamond loser could disappear quickly on dummy’s spades. However, that ignores the club suit. Had West held

AK (remember they did overcall), then they are likely to have led one rather than

Q at trick one. So, that is unlikely.

If, therefore, West has only

A, it does not matter which minor suit East plays at trick 2. However, with the above layout, it did matter. With declarer having a minimum opener with long hearts and West enough to overcall, the above lay-out of honours was quite likely.

East could not “know” but could deduce that a switch would be needed. Those high spades looked ominously placed for the defence. A few boards later, this occurred:

North opened their anaemic diamond suit. They would have been relieved the auction was soon over! West led the

8 which was won by declarer’s ace.

2 was led from hand at trick 2 with the trick won by East’s king.

Back came another spade, won by declarer’s king. A second club was played by South which West won with the ace. West cleared the

Q off dummy and South claimed 9 tricks (4 hearts, 3 spades and 2 clubs). The defence were left to wonder what might have been.

A. South should have the

Q for their 3NT call, had 3 hcp in clubs and 7 in spades. South would surely have not held

AQ as well..an 18 count. Therefore, despite West’s awkward holding in diamonds, they should have switched….but so could have East a couple of tricks earlier.

“How could I know?” East could almost have added up the high card points in South's hand when in with the

K. Declarer was playing on clubs. Hearts were hopeless for the defence wherever the queen was. Partner led the

5 (low from an honour). It looked like a very negative  initial lead….and then there was that anaemic suit in dummy. Time perhaps to wonder and try a low diamond. West would have done the rest, either straightaway or when in with the

The opening lead, counting high card points, declarer’s play and some none too flash diamonds in dummy were all reasons to switch. Plenty of reasons. Partner does not always want their suit returned especially when it seemed to be quite a defensive initial lead. Time to switch. 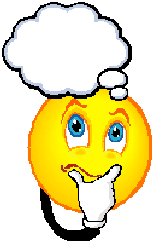 Each time East did not “know” but each time there was enough other evidence to suggest that a brave switch was required not just to score some tricks for the defence but to defeat the contracts.