You bid to what looks like an excellent slam. You thank your partner for their dummy…and really mean it! It is a truly excellent dummy. All you have to do is to make your contract. Yet, alas, you had to record -100 a few seconds later. What a pity. 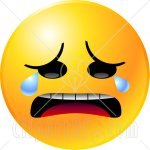 After your opening bid, your partner decided to ask for aces. 5

showed one while your response to the 5NT king ask was “0”. So, with

K missing, your partner decided wisely to stop in 6

5. Rather lazily, you played low from dummy, perhaps hoping that West had led away from the king. Alas, that was not the case as these were the four hands.

K and returned a diamond for their partner to ruff. Down one. Ouch! Was that bad luck?

It seems South played too quickly at trick one. One look at the dummy would indicate that there were no losers in any suit except possibly diamonds. The only cards that may not be tricks in the South hand (apart from losing to the

9..but one of those could be ruffed in dummy and the other discarded on the

Basically, South had to rise with the

A, draw trumps in three rounds and lead dummy’s

7. Very soon they would have 12 tricks whether or not North went up with the

When a card like the 8 or 9 is led, players tend to recognise the danger of that card being a singleton. However, there is just as much danger when what might seem an innocent 4 or 5 is led. Safety first!

Never endanger your contract for an overtrick. That is exactly what South did on this deal…and then paid the price. What a sad ending to what should have been a very pleasant result.