ONE GOOD PLAY NEGATES ANOTHER.

When both the declarer and a defender find a good play on the same board, you might expect each to achieve an average result. That was not quite true in reality.

3 with declarer taking your

10 with their ace. Next came

10 with your partner playing

4 (reverse count). We asked you to plan the defence.

10 smoothly, the declarer would repeat the finesse, to Blair’s advantage. Although Blair could not see the

3, it looked like his partner was showing an even number of clubs, very likely four. Therefore, declarer would have a hard task in getting to dummy to enjoy the club suit.

So, smooth duck it was, in tempo…but declarer, Hermanna Hemmes, did enjoy the club suit very much as her next play was a club to the ace! It was not that Hermanna had four clubs but she had another rather secret weapon…and finesses never work: do they not?!

Hermanna ran off her club winners and took the diamond finesse and emerged with 8 tricks with the defence mopping up three hearts,

A at the end. That was just the number of tricks Hermanna was meant to make according to the DealMaster Pro analysis although perhaps not in that fashion.

Had Hermanna finessed again, Blair wins and the defence can take their heart tricks finishing in the West hand. Now the

10 can be ducked round to the

Q. The best declarer can do is to play ace and a second diamond leaving East to cash

A, for their 6th defensive trick. However, if declarer played

A and then exits a diamond...but that is just one club, one heart, two spades and one diamond trick...well off in 1NT! 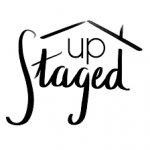 Was Blair on this day

Not so for Hermanna and no fine result for Blair as that rather valuable overtrick earnt Hermanna 90% of the match-points on the board. So, next time your finesse works against Blair, beware! A finesse may work once though that is no guarantee it will work next time round! Hermanna suspected.

Too good to pass: but what to bid?

You are playing Teams. What do you bid?

If you choose to bid 2

which is passed round to you. What then?